The House System at Meadowhead

When students start at Meadowhead, they and the rest of their form group are allocated a house. Each of the houses are named after inspirational figures who have made a difference in their chosen field or discipline. Students compete as houses in events like Sports Day and for the annual Rewards Cup. Each house has a team of house captains and vice captains that lead involvement in these events and help lead their house to success.  The names of each figurehead was chosen during the 2021-22 academic year during a public consultation with students, staff, local residents and alumni. As students transition into the Sixth Form, students keep their house as they move to their new specialist form.

Helen Sharman CMG OBE has made a difference as the first Western European woman in space and then later as an educator and broadcaster about science.

She currently works at Imperial College, London. Helen is a former Meadowhead student and returned to formally open the Sixth Form Building in 2018. 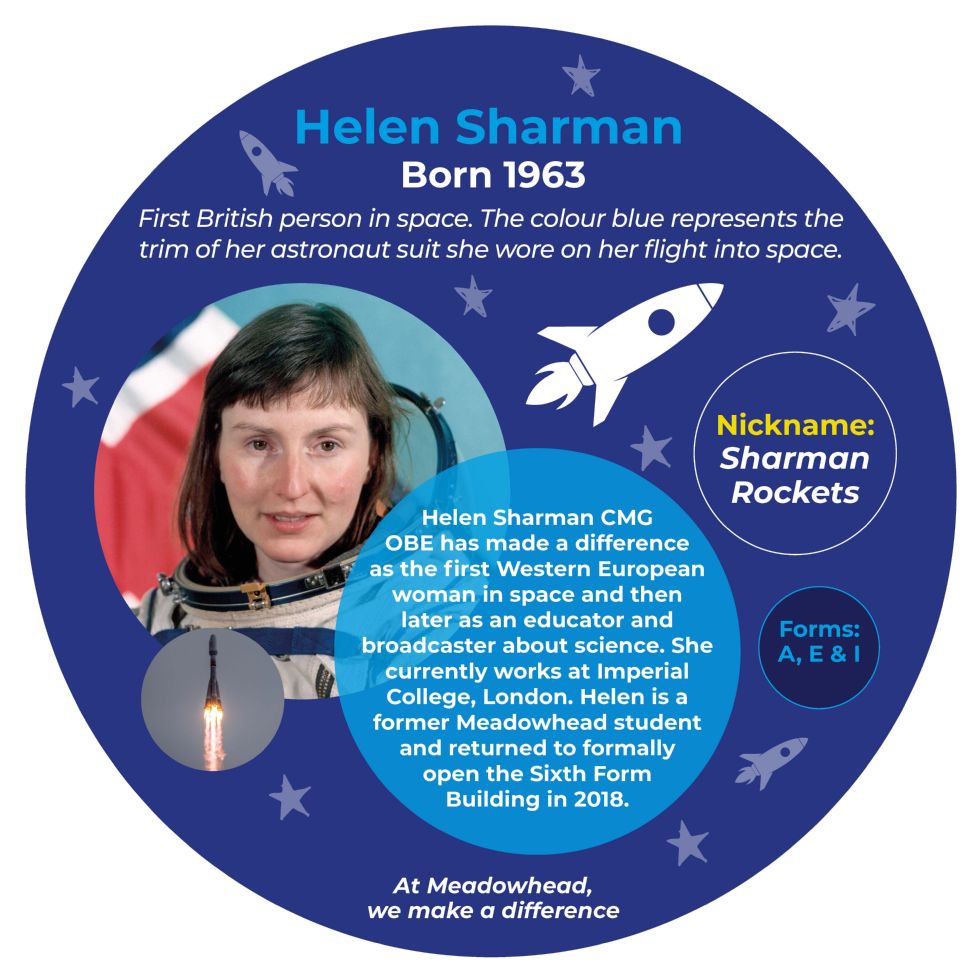 Frederick Douglass made a difference as an escaped slave from Maryland, USA, who then became the leader of the abolitionist movement.

He wrote about his experience in texts that were very widely read and gave many lectures and speeches. He toured Europe and spoke in Sheffield a number of times.

He met with Mary Ann Rawson, the leader of the Sheffield Female Anti-Slavery Society, in 1846. 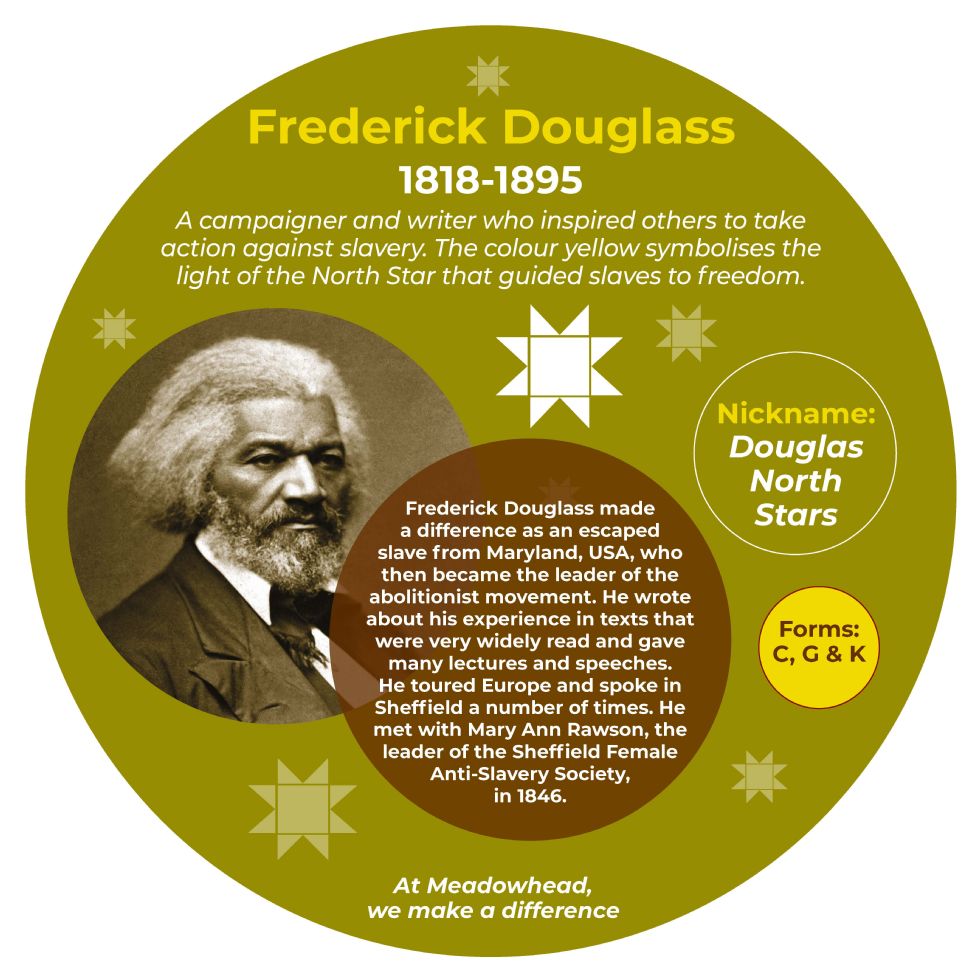 Harry Brearley made a difference as an inventor of rustless or stainless steel.

Born in Sheffield, his invention brought affordable cutlery to the masses, and led to an expansion of the city’s traditional cutlery trade. 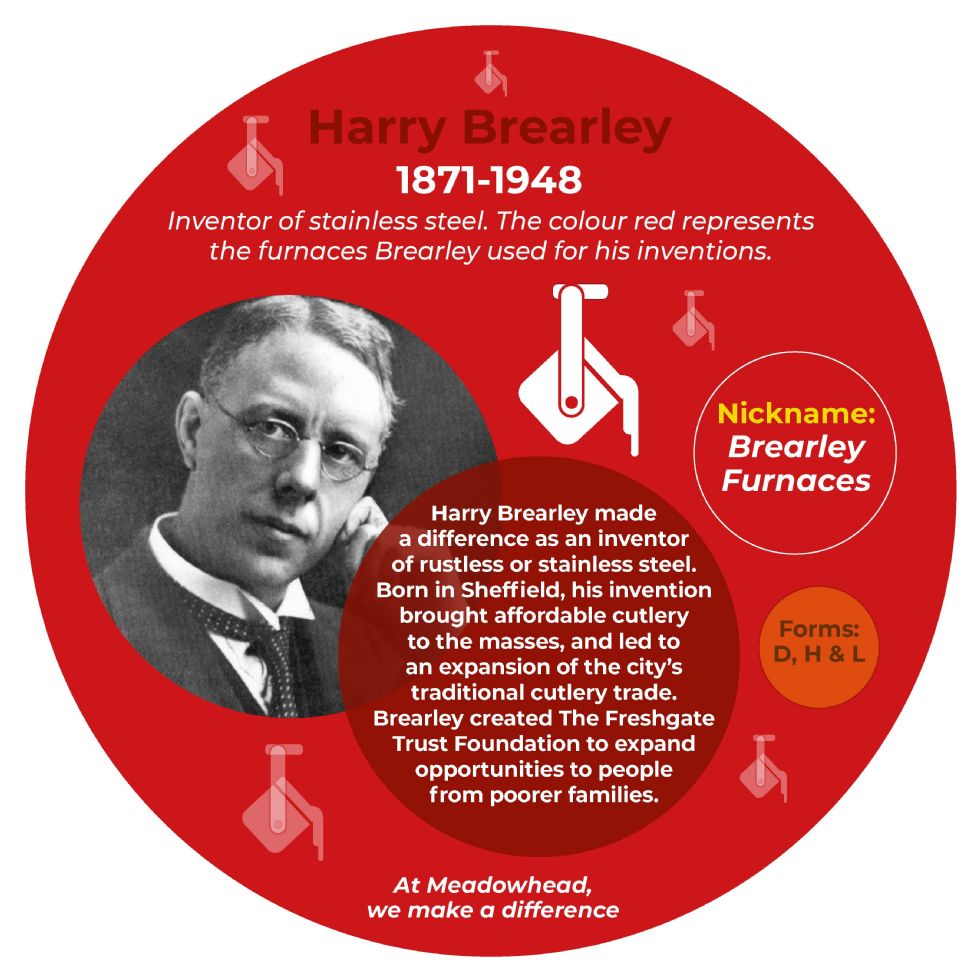 Susanne Pearson MBE (born Ehrmann) made a difference as a teacher and Holocaust educator. At eleven years old, she left Prague, Czechoslavakia on the Kindertransport.

She was then fostered by a Sheffield family and attended Woodseats school. She became a nursery school teacher, headteacher and also taught new teachers.

She regularly played a part in Holocaust memorial and education events, and the suitcase she brought to England is in the National Holocaust Centre and Museum. 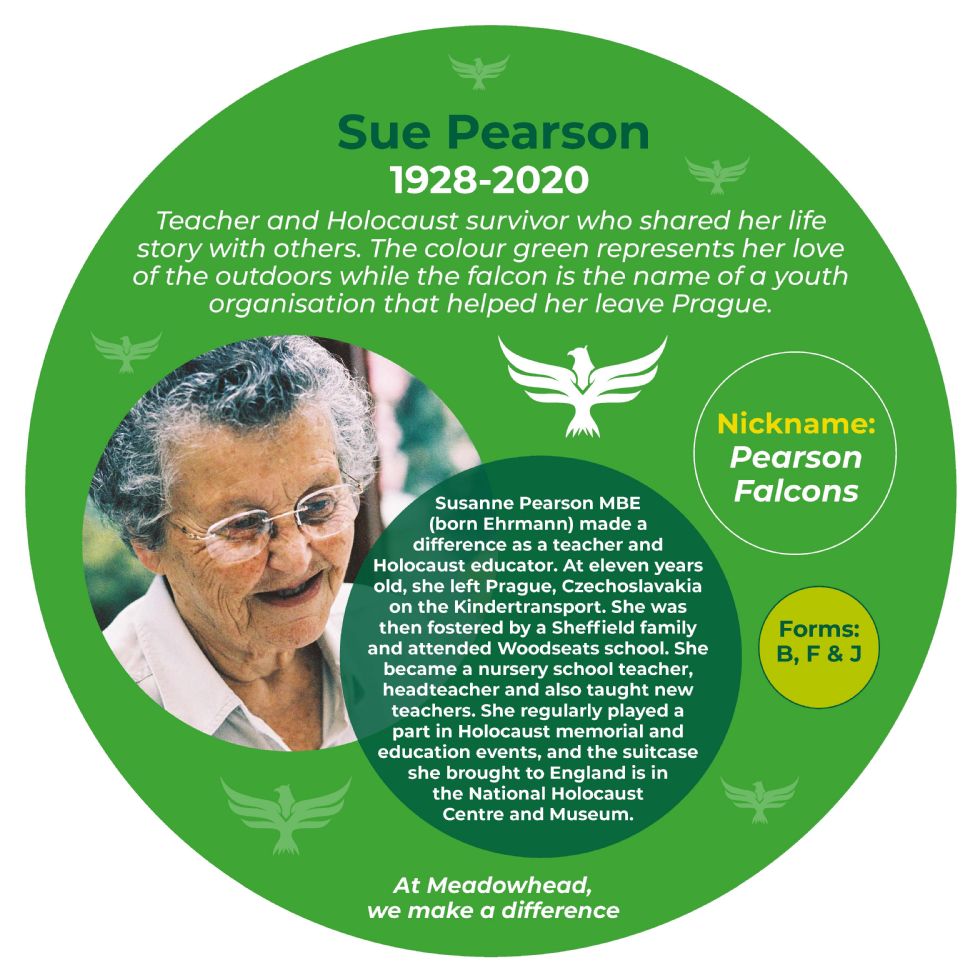