At the end of October a group of 11 Year 10 students, Ms Barton and Mr Cocken spent a few days in Finland as part of the Erasmus+ project. 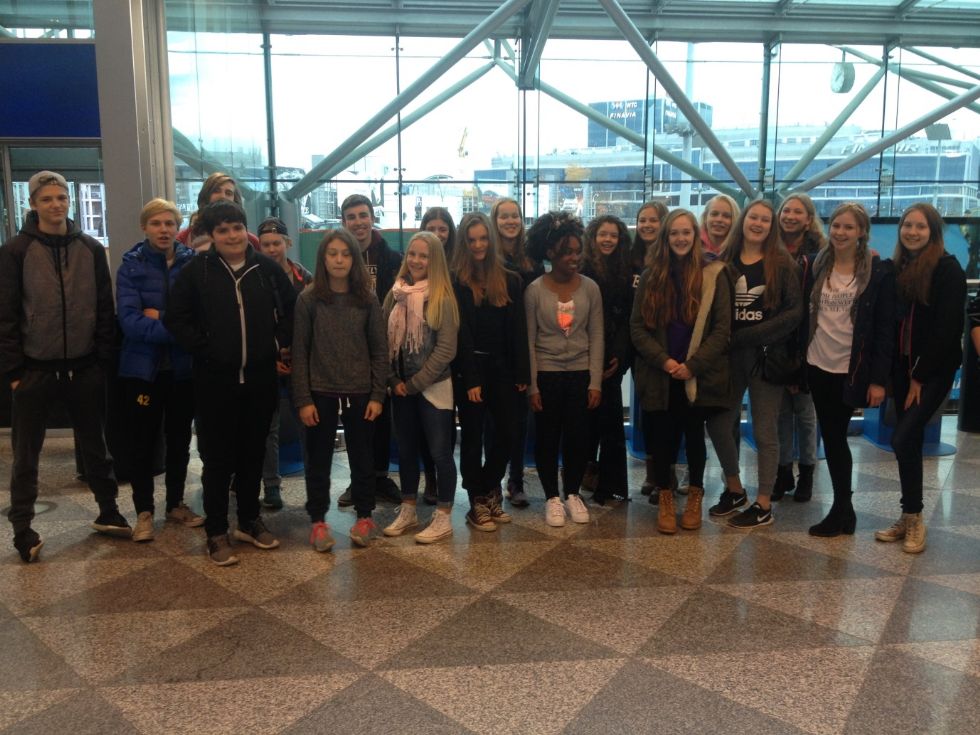 Despite a long delay in Manchester airport which meant they didn’t arrive until 1am local time in Helsinki, the students remained positive and were met by their very welcoming Finnish hosts who handed out Salmiakki (liquorice boiled sweet with a salty filling)! 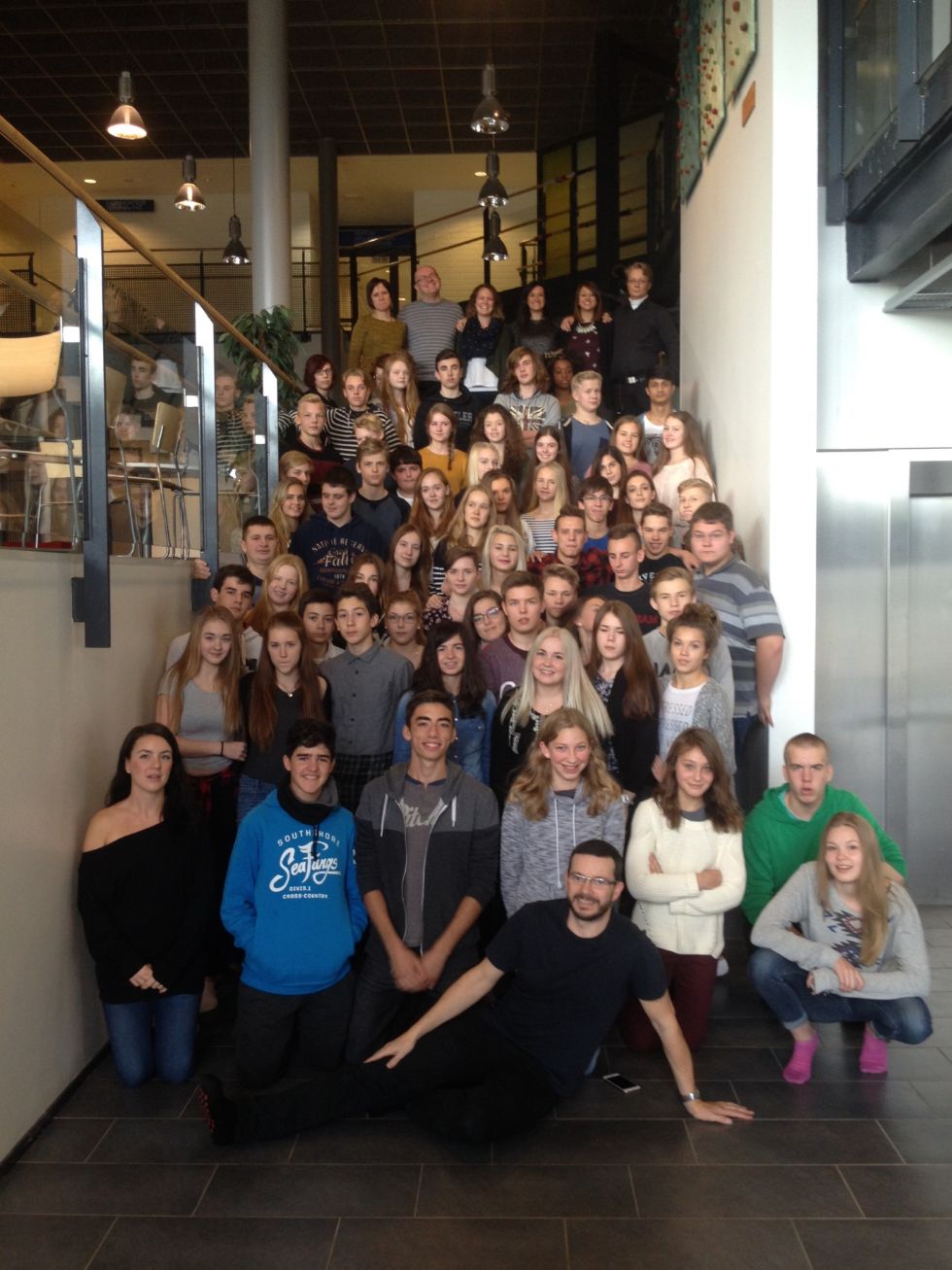 Our partner school, Isoniitun Koulu school in Klaukkala  is around 45 minutes’ drive from Helsinki and the next morning our students met the 30 Finnish host students, 10 Slovenian pupils and a further 10 Spanish students and their teachers.

Students worked in mixed nationality groupings, visiting workshops to develop materials to help students across Europe to be more aware of employability skills. Each nationality is responsible for making a product at the end of the project:

After a morning’s hard work the Erasmus+ students were treated to a trip to a local Laser Quest, battling in mixed international teams.

Our British contingent quickly adopted the Finnish practice of discarding their outdoor footwear, wearing socks around the school! Some of the other cultural experiences included a trip the world famous ‘Fazer ‘chocolate and confectionary factory with an offer of ‘eat as much as you can’ which caused one or two slightly upset tummies. Later they headed to the University of Helsinki and their state of the art 3D printing facilities which was an eye opener about the future direction of this increasingly utilised technology.

Students had a tour of Helsinki and the opportunity to do some shopping – everyone was very impressed by the stunning architecture and the cultural monuments.

Thursday was another school day where students made good progress on all of the project work. After lunch students headed out to meet Father Christmas at an outdoor pursuits centre (where apparently he spends much of his downtime!) and had a wonderful pre-Christmas party, playing games, Zumba dancing, roasting sausages and sweet bread over an open fire and an international quiz. This was clearly a highlight for the students, interacting and meeting with others from across Europe in a friendly forum. 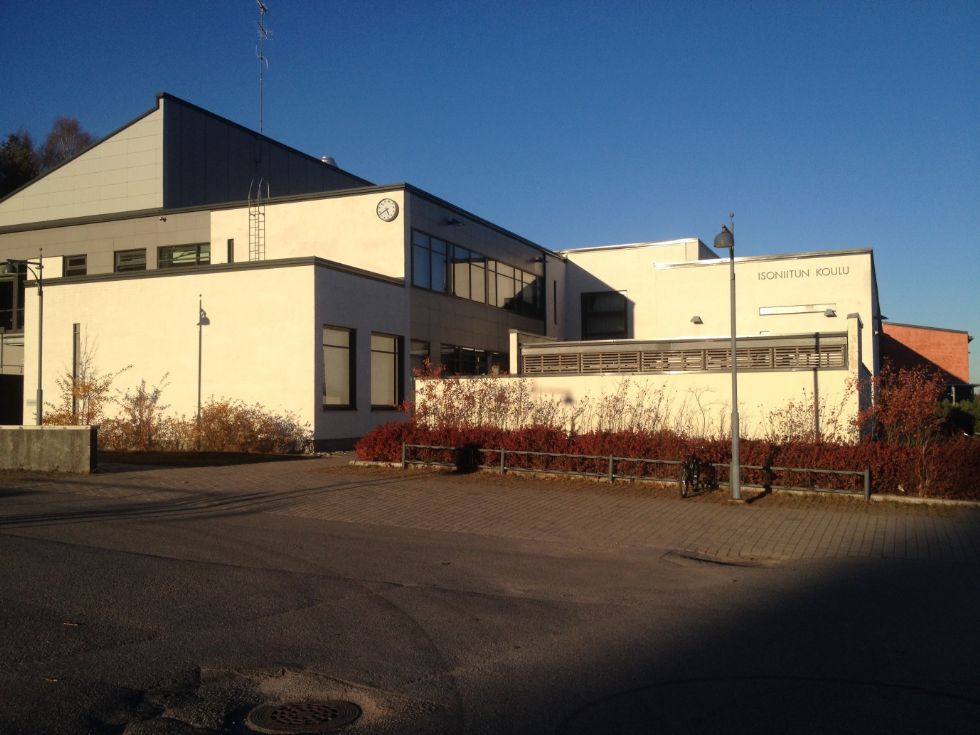 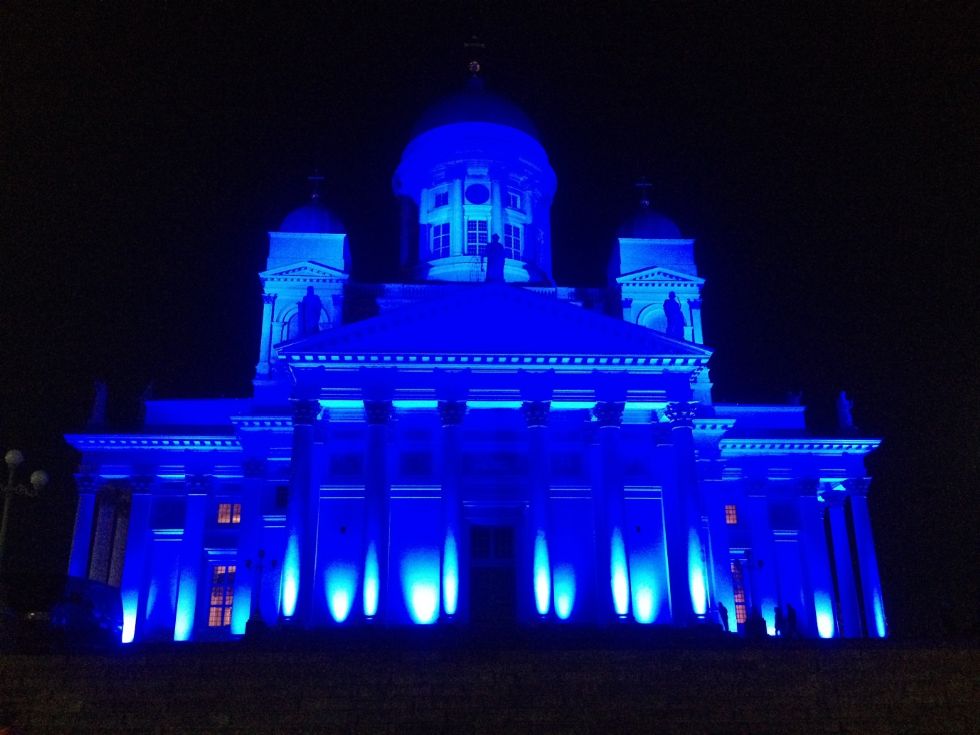 Friday was a day for reflection and recognition as students, and staff, were presented with certificates of participation and given the opportunity to give feedback and comment on their experiences of the week.

On Saturday students spent time with their host families and then Sunday was a last opportunity to take in more sights and sounds before meeting up at the airport.  The journey home was a much less complicated return flight, arriving back in the UK for 7pm.

Of course it is far from over. The friendships and plans to revisit Finland are already storming ahead, and we are looking forward to welcoming the Finnish, Spanish and Slovenian students to the UK mid-April 2016.

Finally – if you need to say good morning in Finnish - just remember ‘Hoover Who A Men Ta’ (Hyvaa huomenta) and to say ‘Thank you’ say Key Toss (Kiitos).