The Sixth Form Centre opened on Wednesday 8th November 2017 as part of a £2.4 million extension to our existing school building.

It features eleven new teaching spaces equipped with the latest technology, a common room and social space with a café, the Sixth Form Office and private study space. 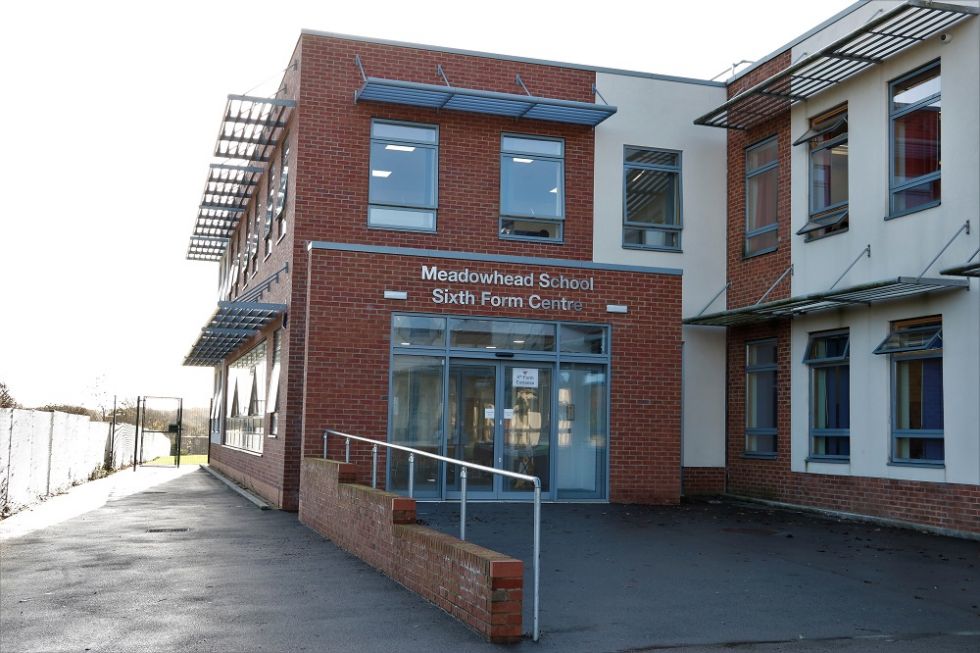 The entrance to the Sixth Form Centre

Students are also able to access new sporting facilities at the newly refurbished Graves Leisure Centre as part of the school’s enrichment programme. The new St George’s Retail Park is available for students to access during their lunch break. 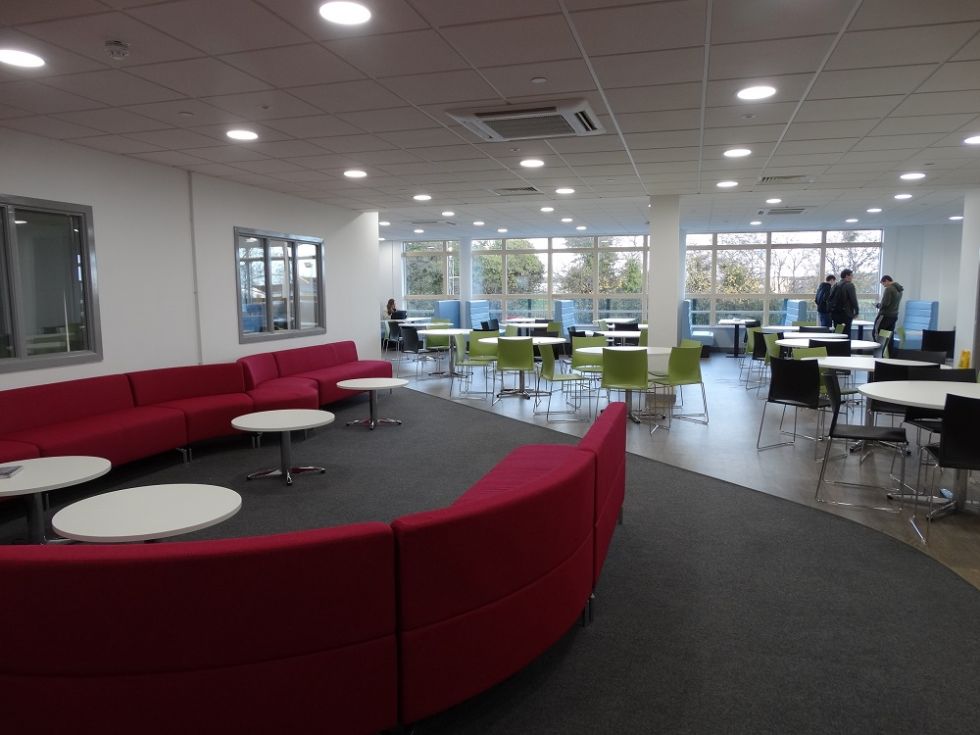 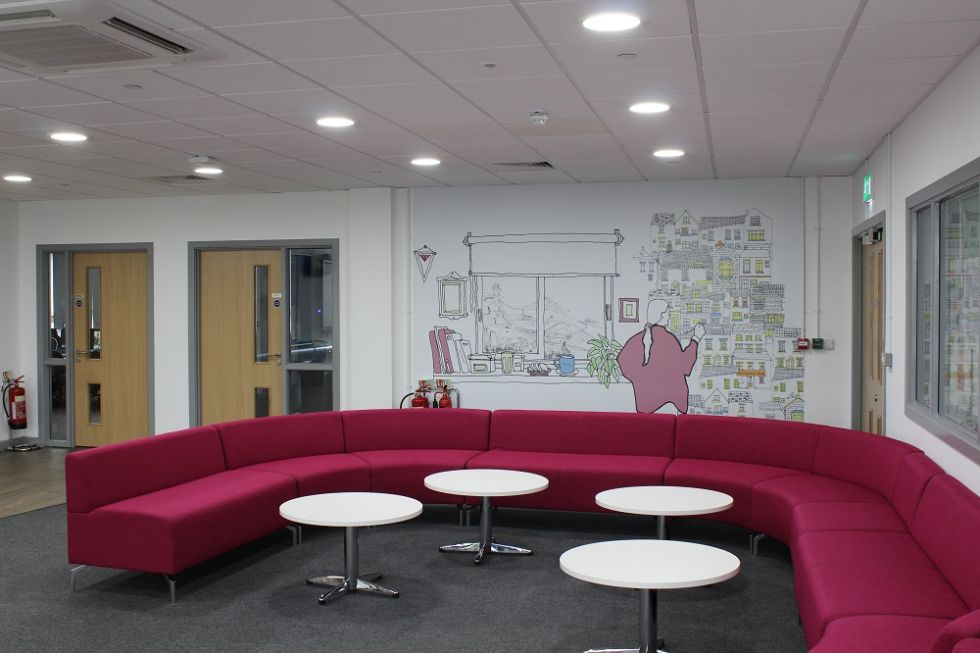 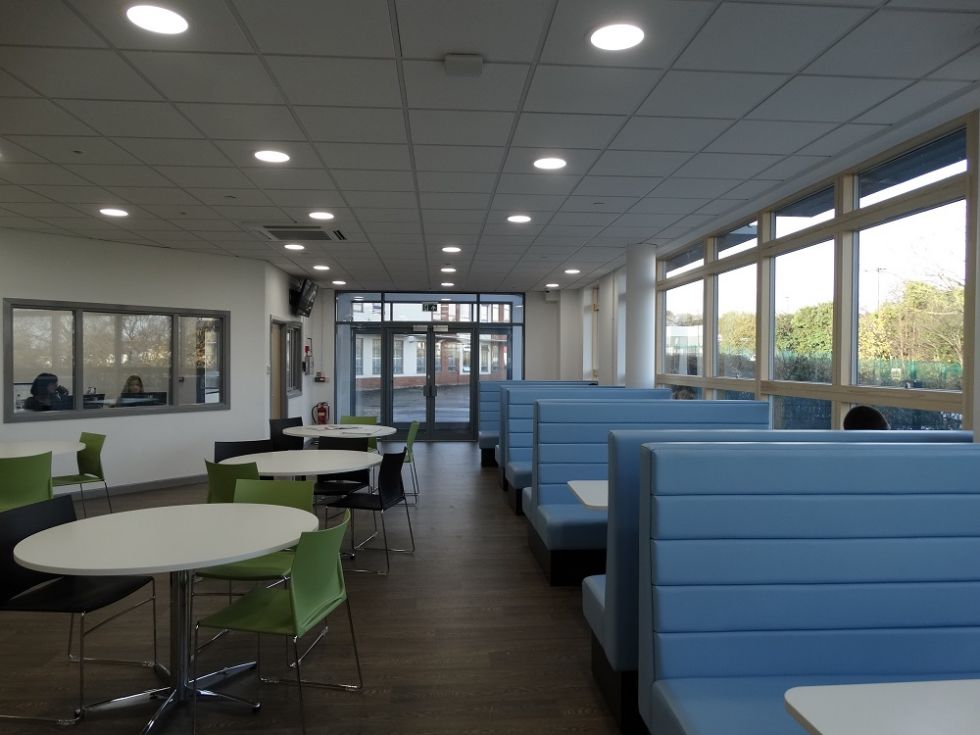 The story of our Sixth Form centre

Kier Construction began the site set up over Easter 2017 and we are incredibly proud of the facility whose building design was inspired by the approach of local universities and throughout the process, the architects regularly sought the input of students and teachers to ensure the building has the most positive possible impact on learning.

The building’s completion marks the latest phase in the development of a school based Sixth Form in the Meadowhead area. Steve Fowler, the school’s headteacher at the time, explained that it was a proud moment for the whole community: 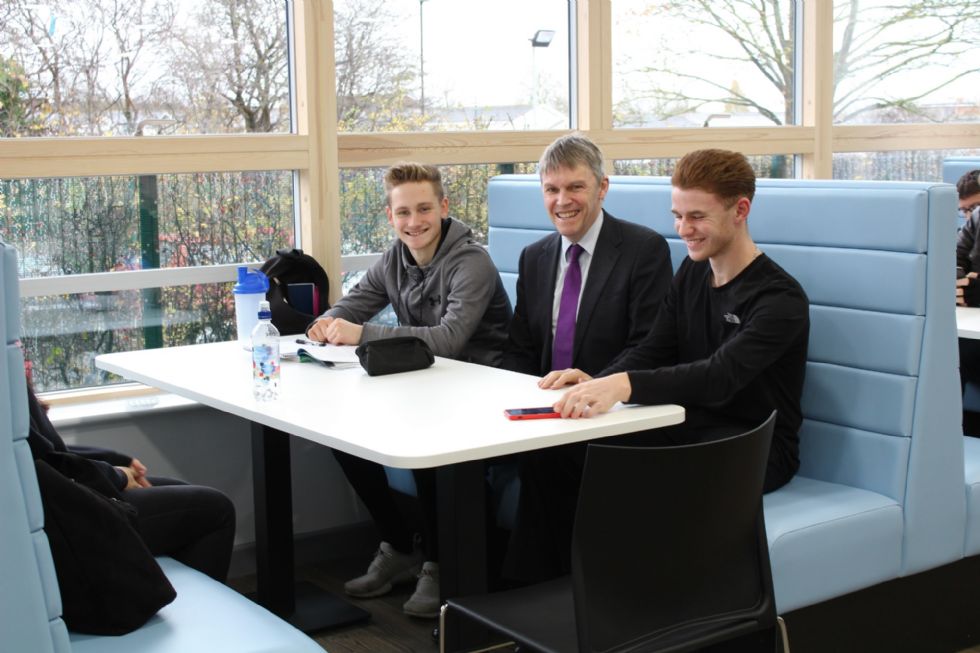 Mr Fowler with students in the common room

“For many years, students were forced to travel across the city to attend a school Sixth Form.  With the support of the community we have pursued the ambition to give students the opportunity to study locally. Since beginning our A Level teaching in 2010, we have built a reputation for expert teaching, excellent results and outstanding pastoral care. This has led to a great record of progression to university and employment including successful Oxbridge and medicine applicants.

This new building will benefit all students, allowing us the opportunity to develop our provision even further and to increase the amount of study space available to our students. It will be a development to be enjoyed by generations of future students.”

Emma Bradley, the Sixth Form’s elected student president (at the time of opening) explained the impact that the new building has had on students who have already been using it:

“The new building is a great place to be – it feels like a university or a place of work. I feel like an adult and there is more space to study and also sit with friends during breaks.” 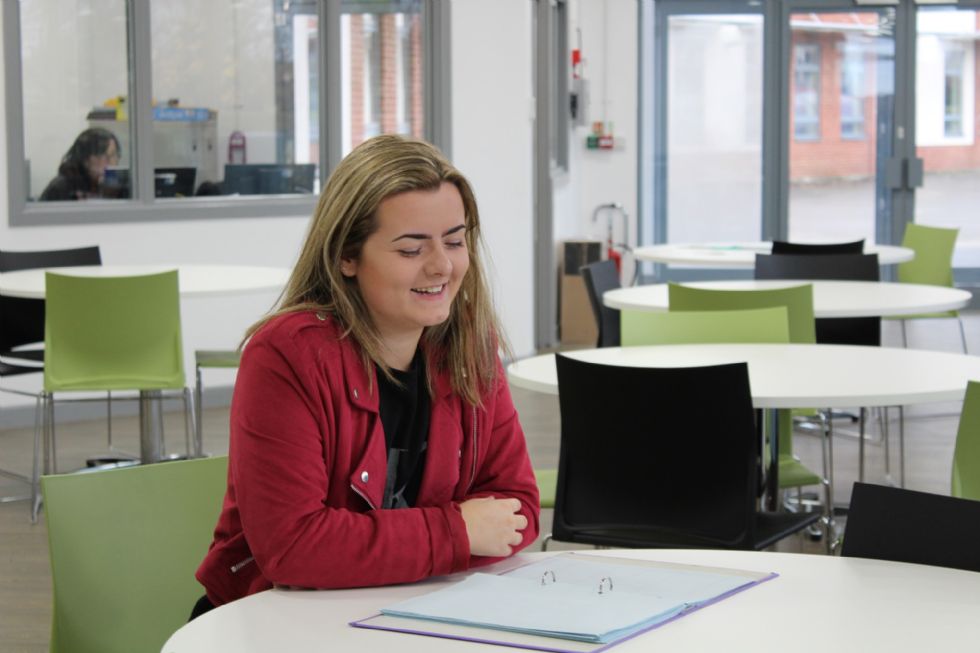 There was a fantastic atmosphere on Wednesday 6th June 2018 as Dr Helen Sharman, Britain’s first astronaut and former Meadowhead student, officially opened our new Sixth Form Centre. Sarah Burdekin, Head of Sixth Form, made an emotional opening speech and introduced Helen who was her fellow student here! Helen spoke to invited guests before unveiling a specially designed commemorative plaque to much applause!

Steve Fowler, Headteacher (retired Summer 2018), shared the journey to achieving this building and thanked everyone who has been involved. We were very pleased to welcome governors, Trust partners and those members of the community with whom we have had close links and supported the school throughout. 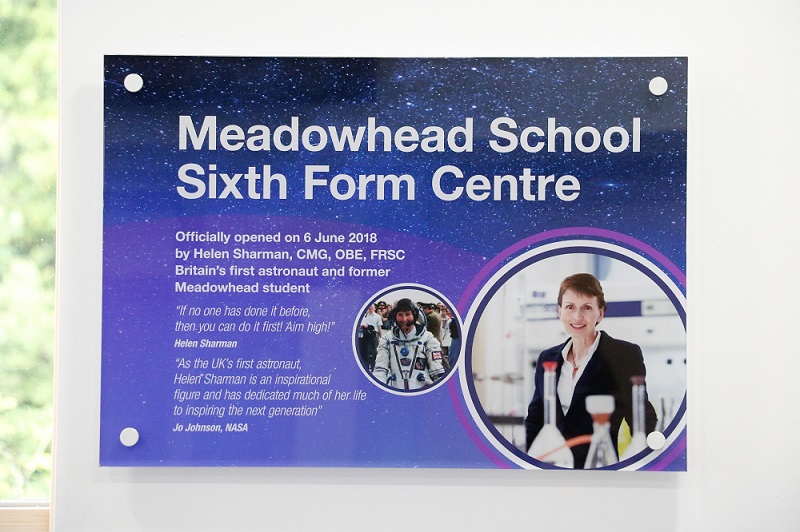 Visitors then enjoyed refreshments and a tour of the learning and social areas of the new Centre, and we were also delighted to meet the designer of the much admired wall art, Catalina Ionita from Trust partner Whittam Cox Architects. 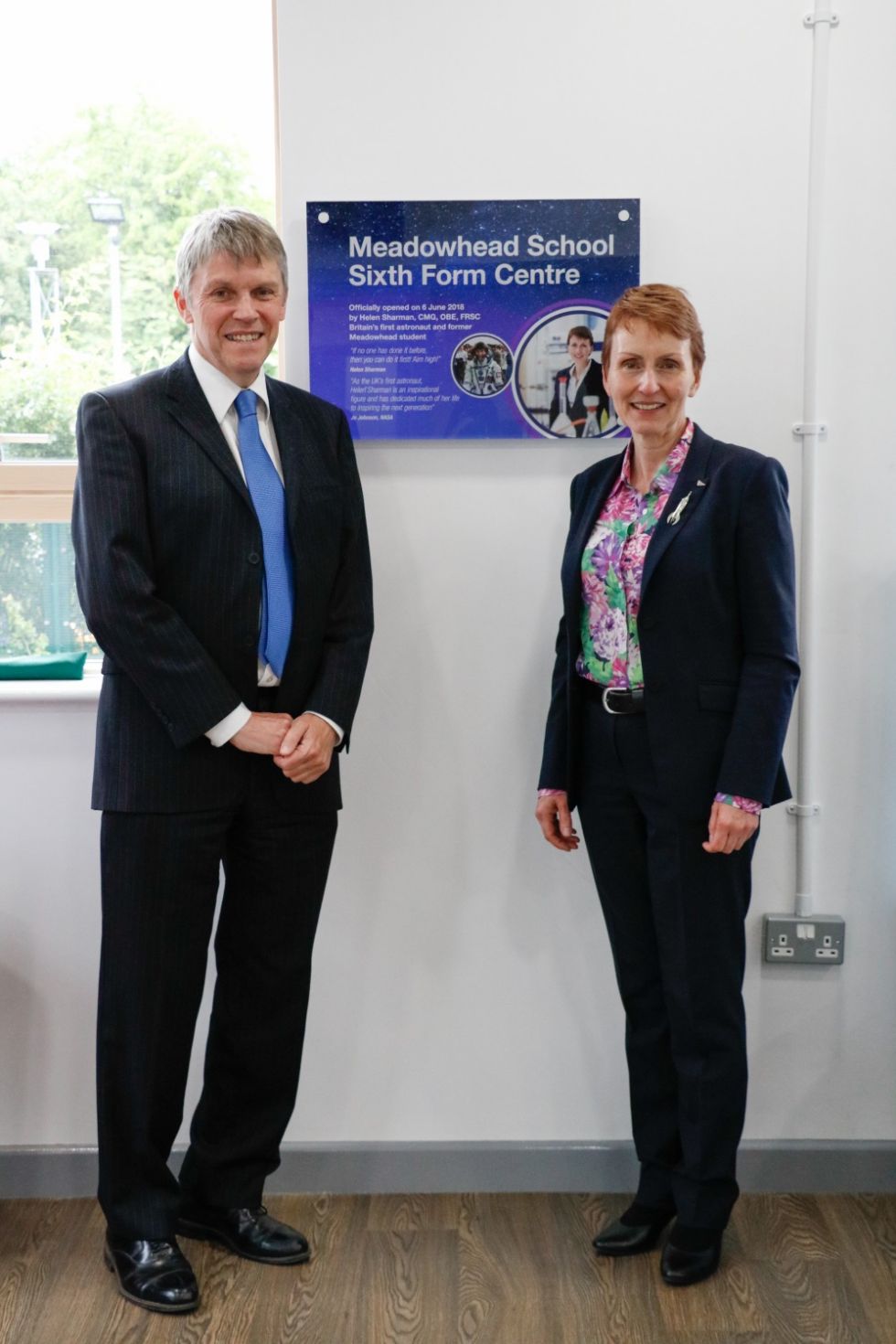 Below you can see the exciting stages of the building, from the most recent as it neared completion to the initial stages of exploratory foundation work. 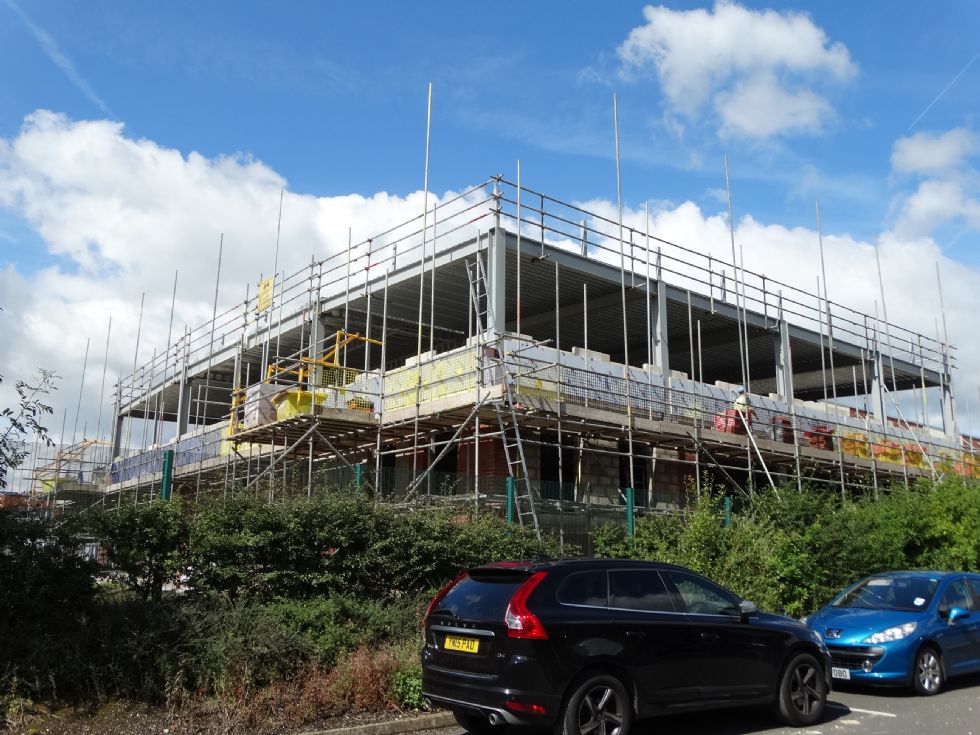 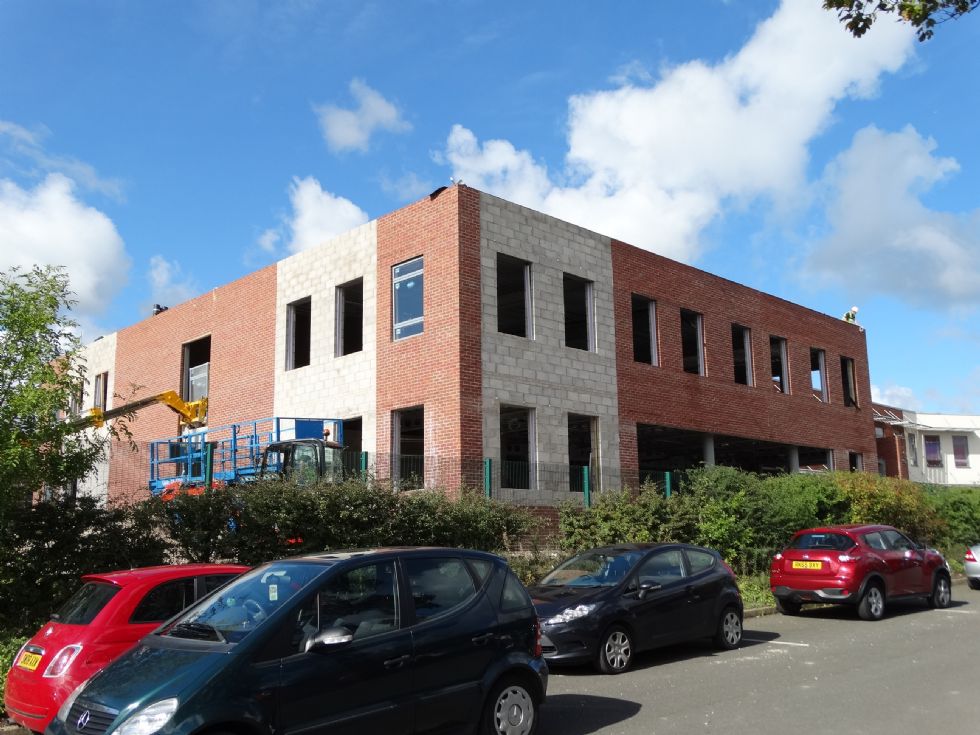 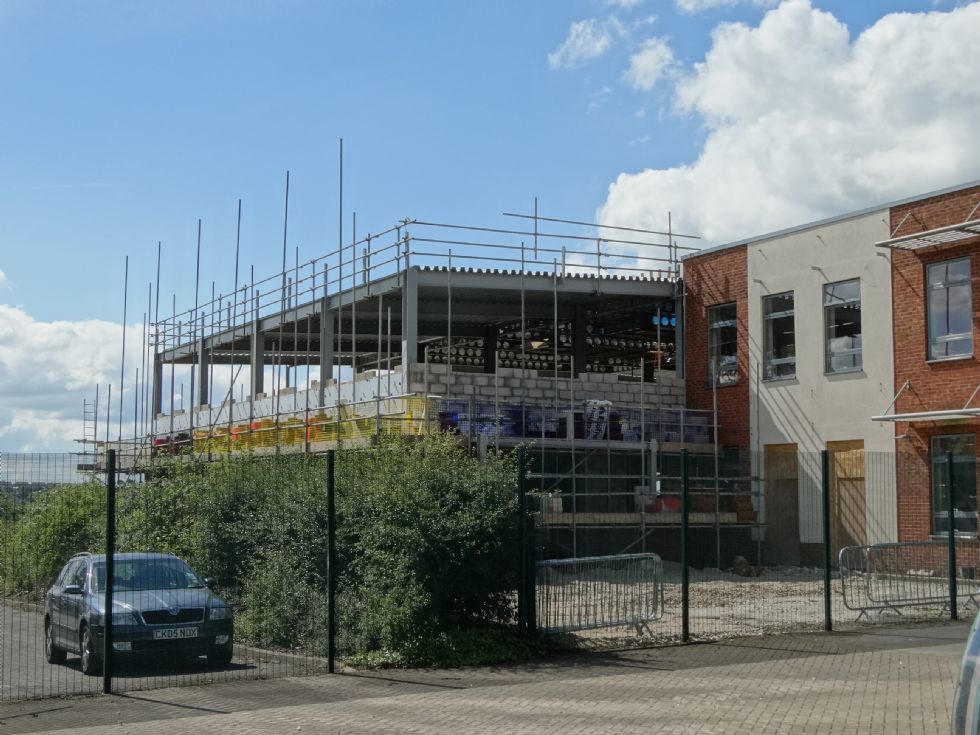 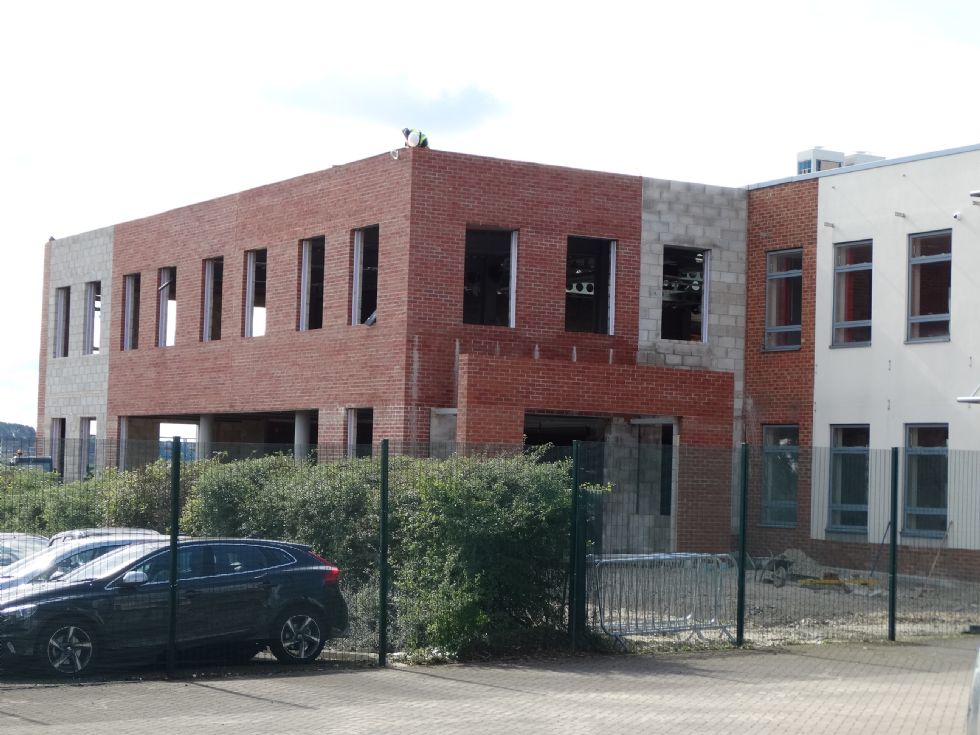 June 2017 update: there has been lots of activity on site and the building ground works are progressing on schedule!  Here are a few pictures showing each key stage: 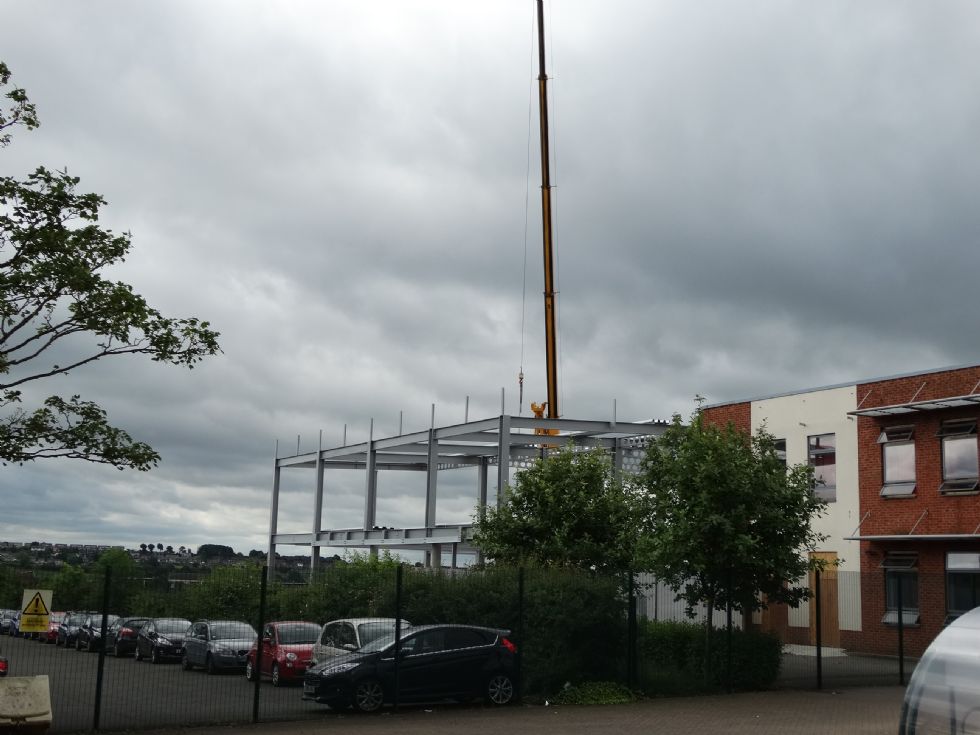 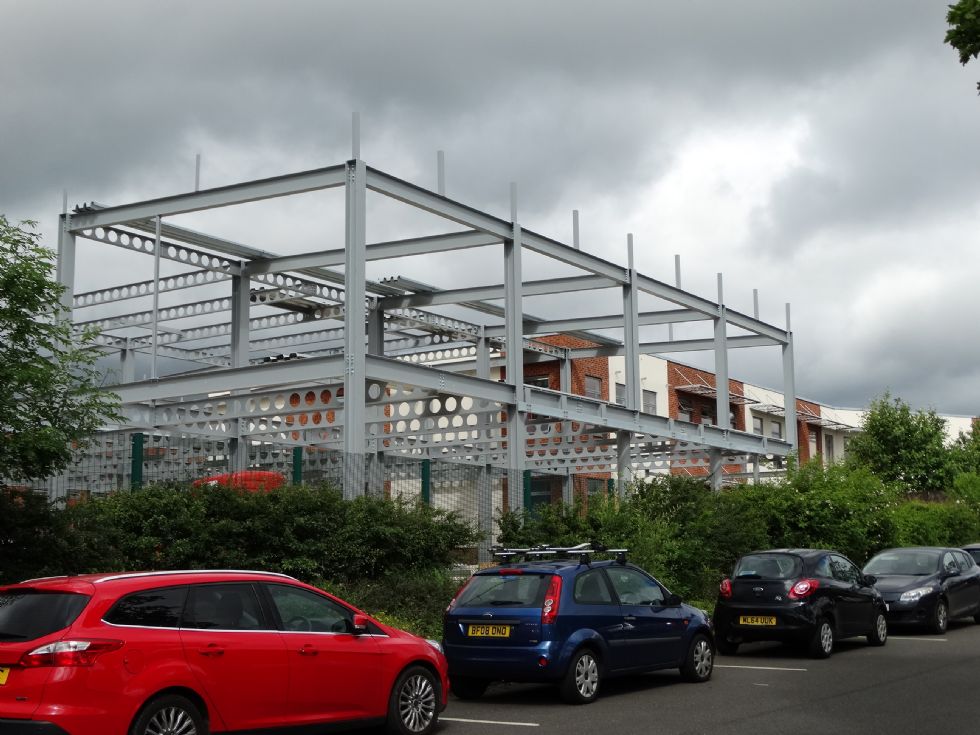 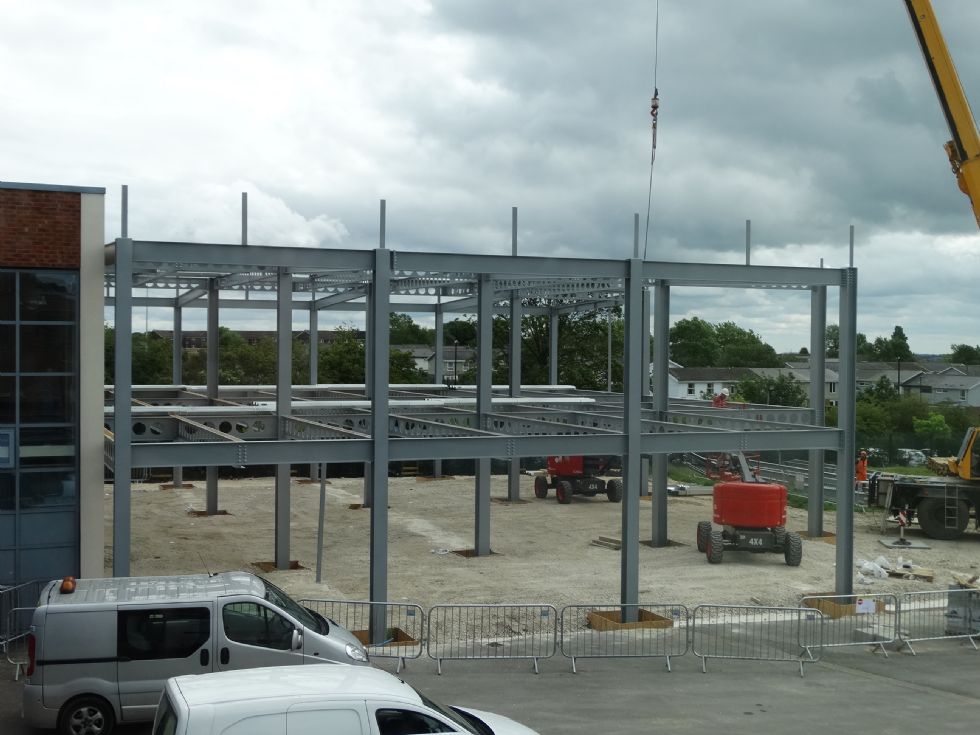 The main steel frame is up! These pictures show the outline of the new building from different angles June 2017 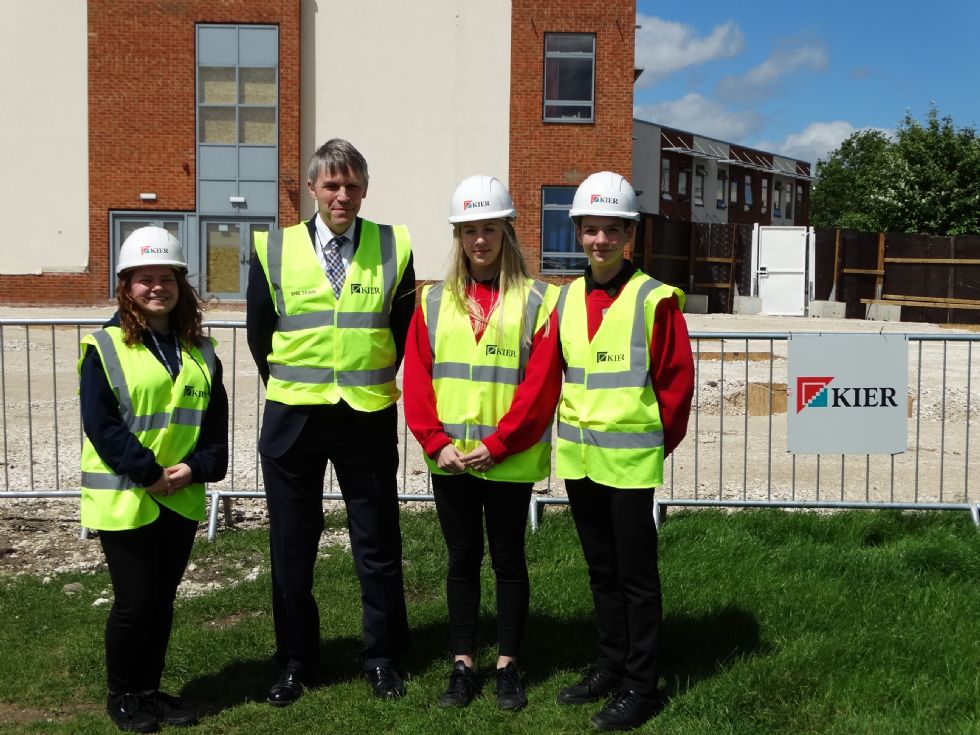 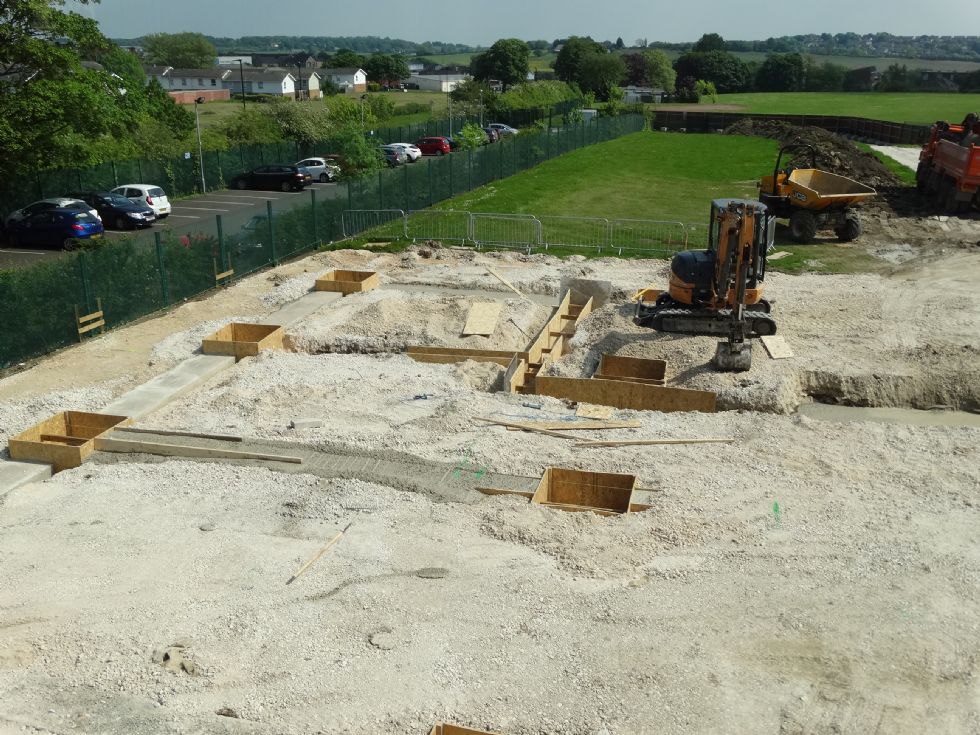 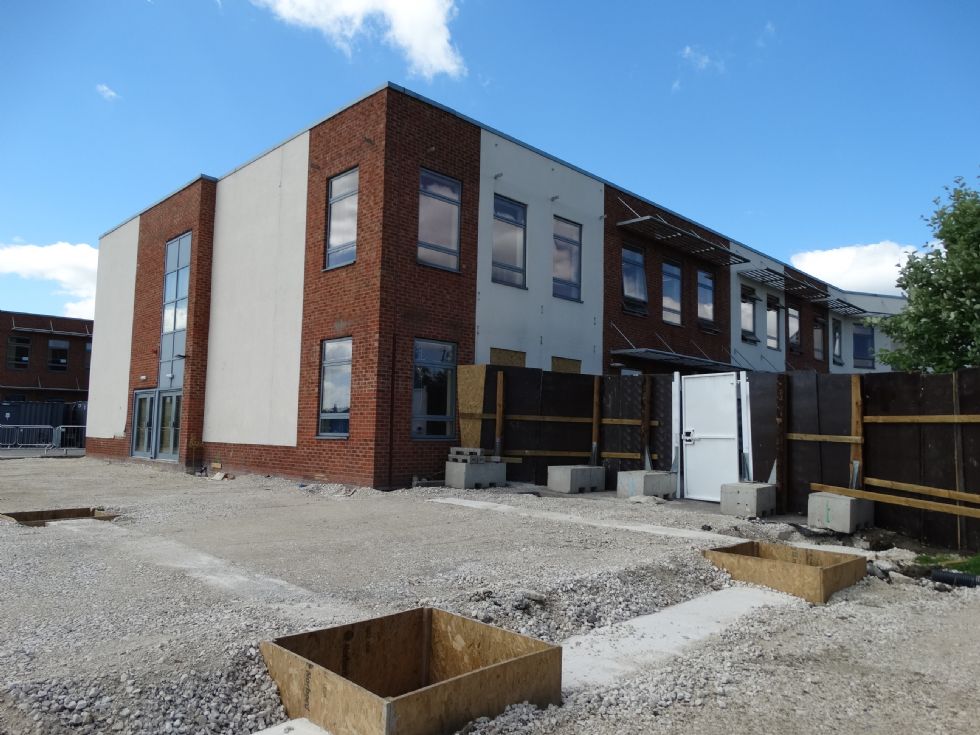 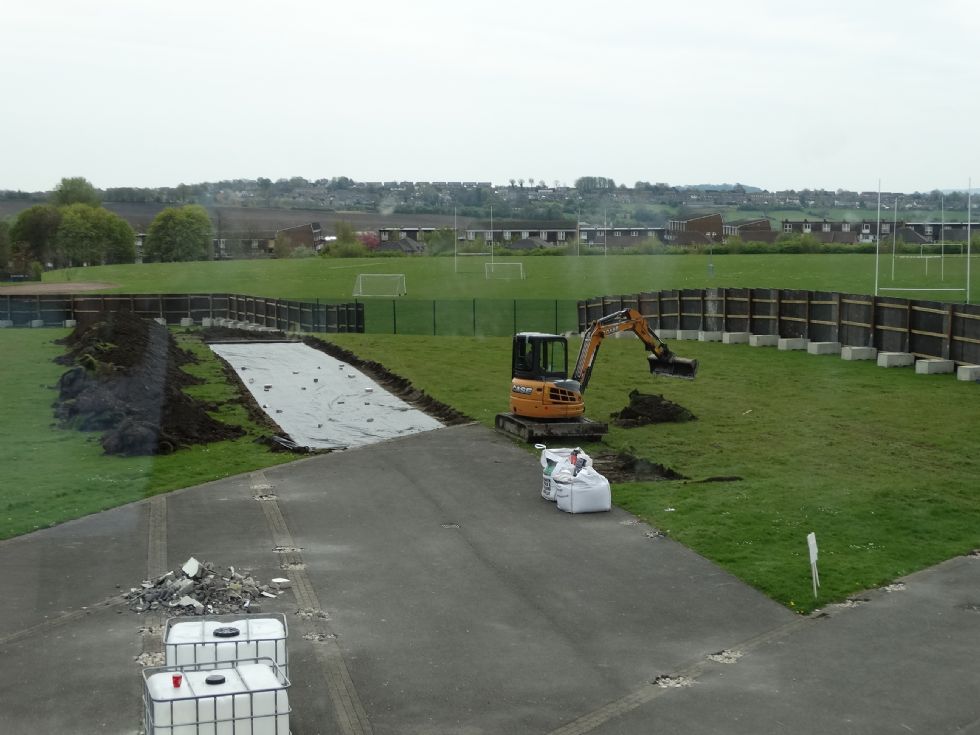 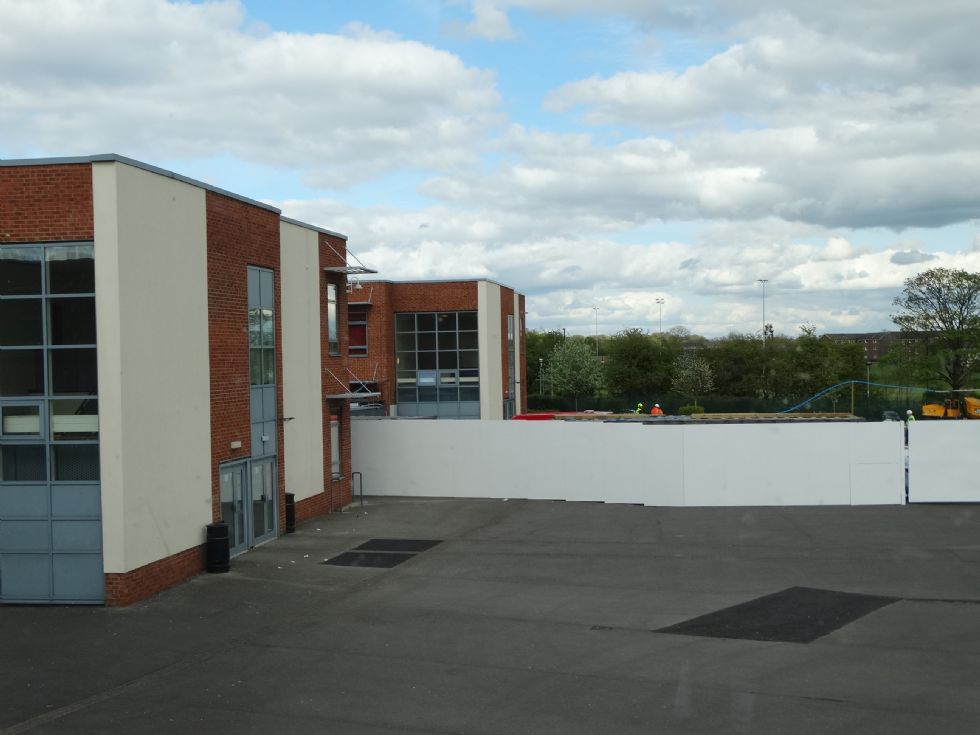 The initial work was to secure the site fully from the rest of the school, with a temporary access roadway for construction vehicles and building materials.  Room changes and a new fire exit were put in place and everyone adapted well. 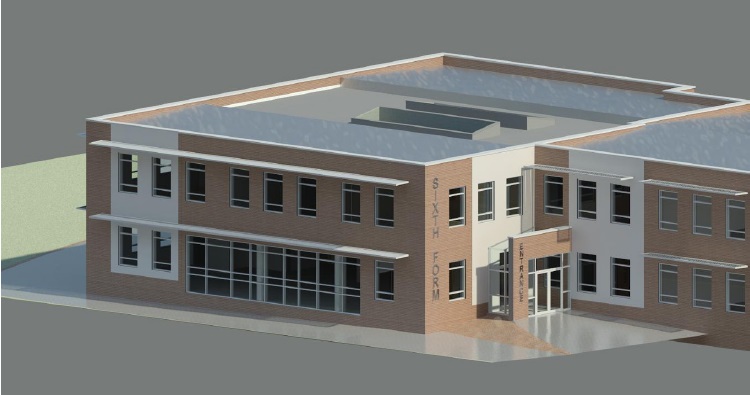 Following approval by the Governing body of the plans to build a dedicated Sixth Form Centre, the very first bit of building work commenced in August 2015 with the drilling of several boreholes at the end of the languages wing to test the foundations. 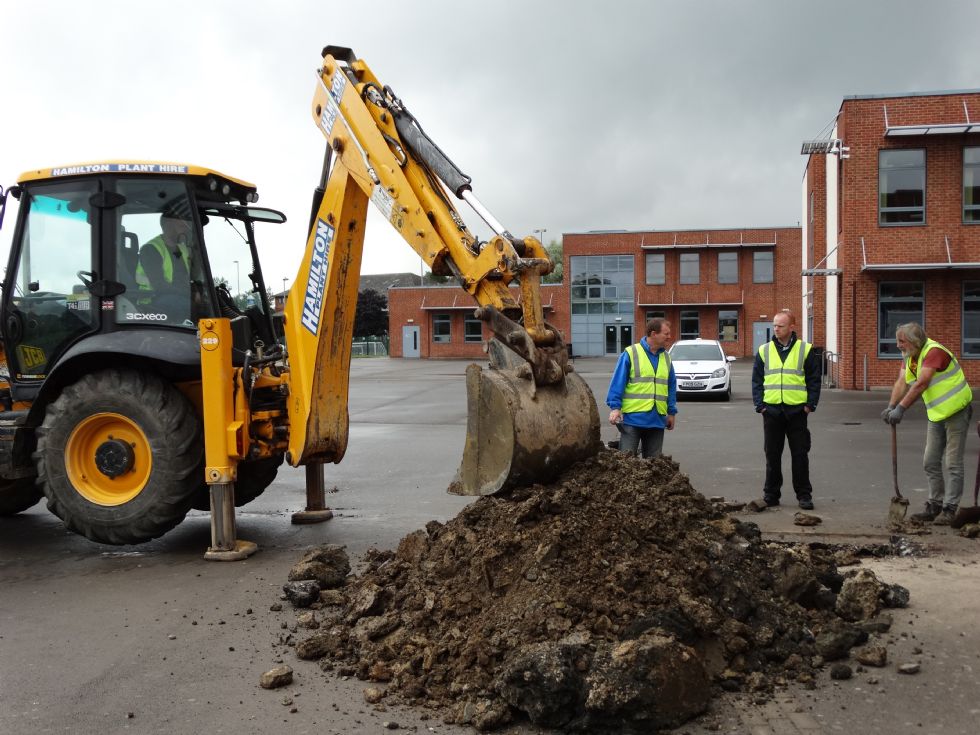 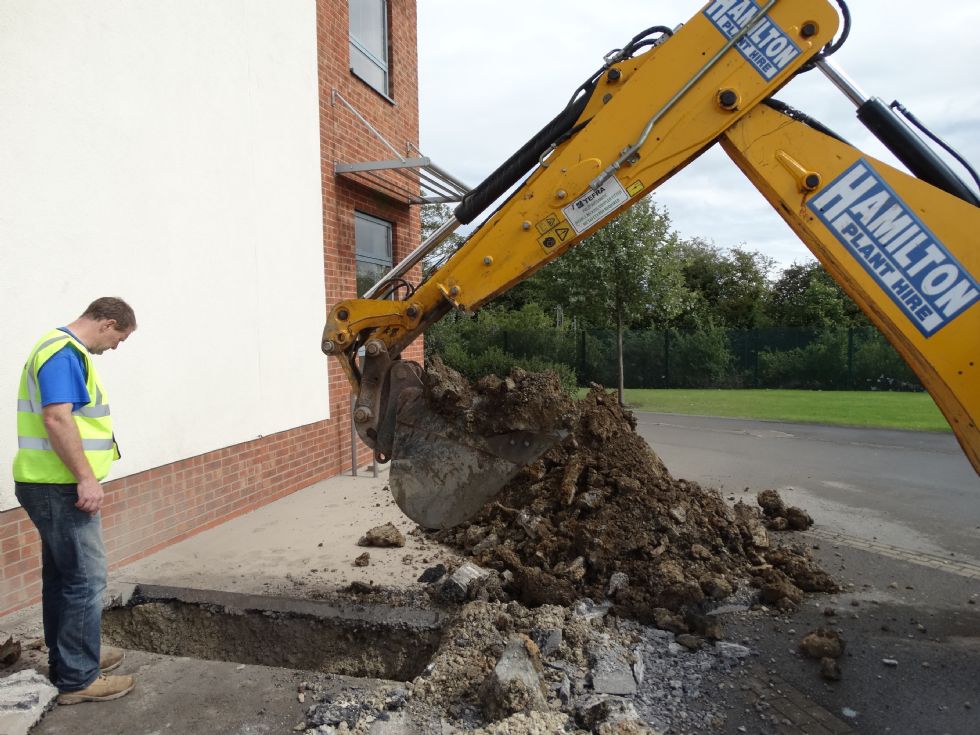 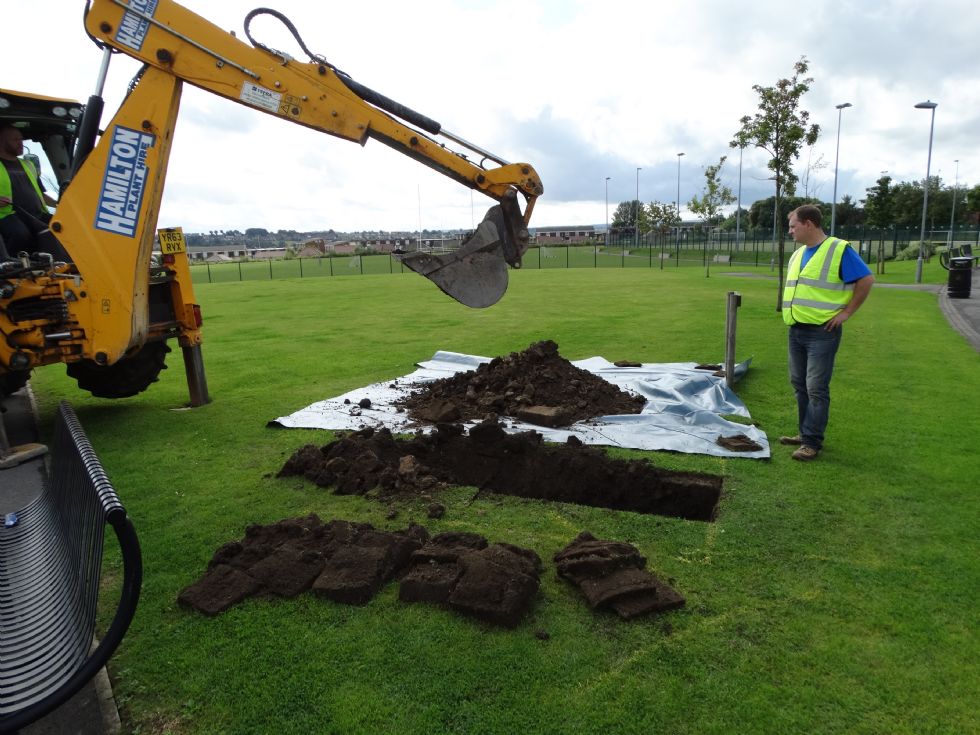 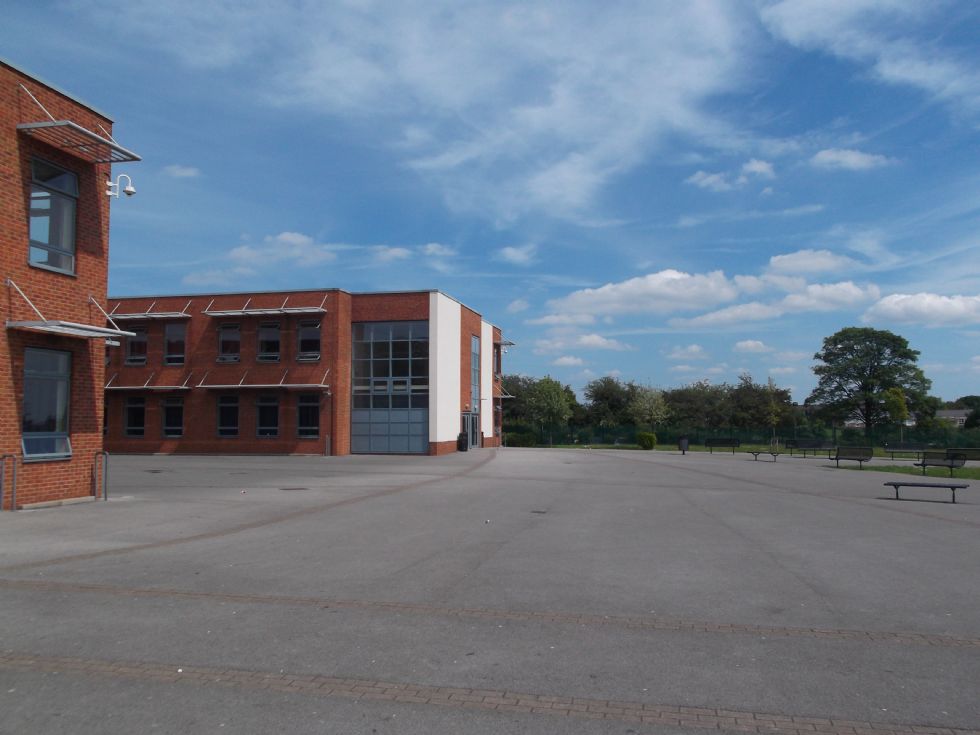 The new Sixth Form Centre will be at the end of the languages wing.