Sixth Form student, Harvey Morton, had his enterprise success recognised nationally with an invite to speak at the NACUE Student Enterprise Conference at University College London (UCL) on Saturday 20th February 2016.  The two day conference included talks and workshops to inspire the next generation of entrepreneurs and Harvey spoke about his experiences and achievements in enterprise since he started his first business in 2011, before talking about his future and giving top tips on how to start a business at college. 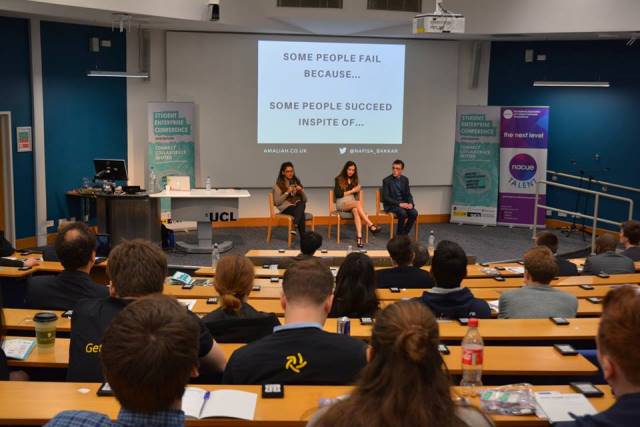 Harvey said  "I also took questions from the audience after the presentation. The auditorium was packed and it was a fantastic experience! The feedback that I have received since the conference has been overwhelming and I am so excited to be speaking at many other events and working on projects in London this year. After the conference, I was invited to BBC Broadcasting House - I had a tour of the studios and it was amazing to see what goes on behind the scenes at the BBC. I'm really excited for the year ahead!" 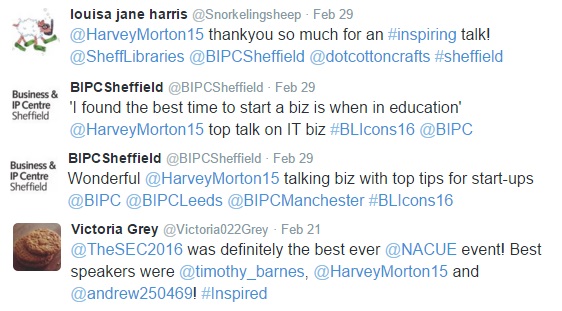 some of the many tweets Harvey received after the conference 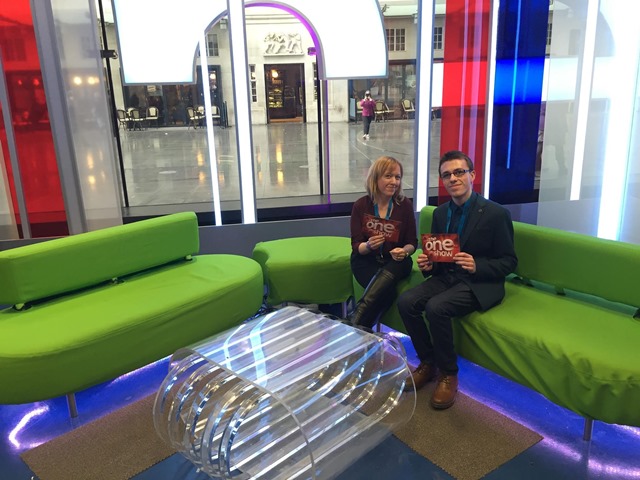 Harvey's tour of the BBC studios

Harvey began his journey into business by entering Sheffield's BiG Challenge competition for students aged 11-19 with his friend Gabe Parr, creating the team 'Key2Unlock' making and selling key-rings and greeting cards. With prizes for interim competitions, they went on to take the prize for 'Best Website Content' in 2013.

Later that year, Harvey created his business  'Harvey Morton I.T Support'  realising this was the best way to put his IT knowledge and experience to use and early on received a joint Runner Up award in the XTRA2 Success before scooping joint 1st prize at KS4 in the finals and a second award for 'Most Profit Made'.  In 2015, when Harvey was in Y12, he returned to the BiG Challenge and beat off competition to win 1st prize in the Media & Marketing competition and in the finals again took home the 'Most Profit Made' award. 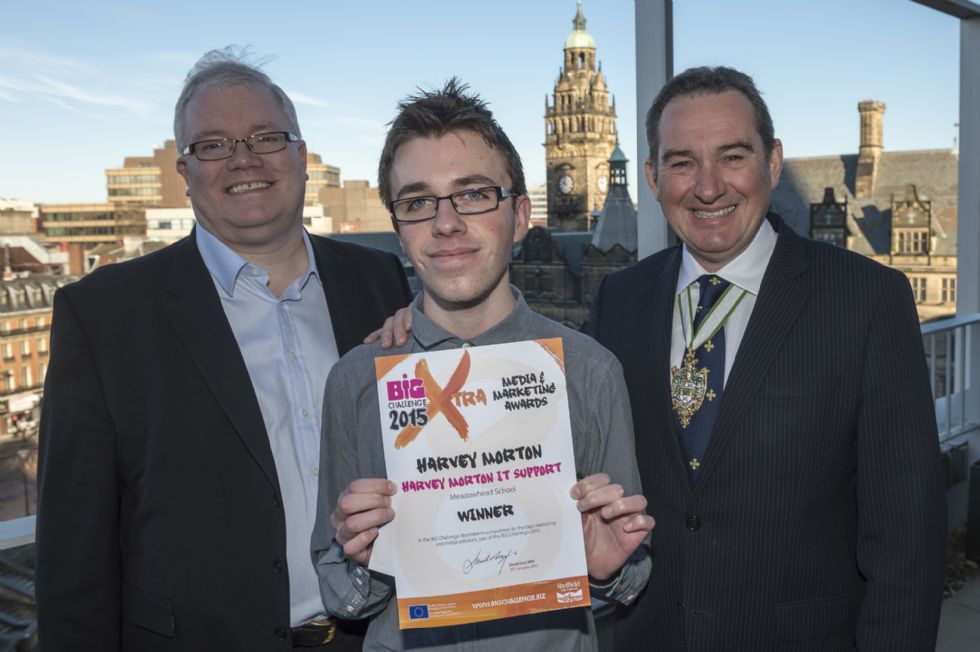 Presenting Harvey with his Media & Marketing award, David Grey MBE and Master Cutler (pictured right) stated “Harvey is a successful young entrepreneur whose name keeps popping up, not only in this competition every year but in my business circles where he is providing IT support. That is a remarkable achievement and I am sure his hard work and sheer determination will take him far in his future career.”

In this year's BiG Challenge Nine competition, Harvey has given his time and experience to mentor the Meadowhead teams, given valuable support to our Business teacher in school with the process and was an active member of the BiG Challenge steering group, managed by SERO Consulting Ltd.

David Grey's words have certainly proved to be true this year as Harvey has been learning about the importance of talking to other business people which has led to some amazing opportunities.  As well as the NACUE conference, Harvey spoke at the 'Internet Icons' event at the Sheffield Library to inspire the next generation of digital entrepreneurs and he is currently working on some other exciting projects with clients in London (we are not allowed to reveal what these are just yet!) 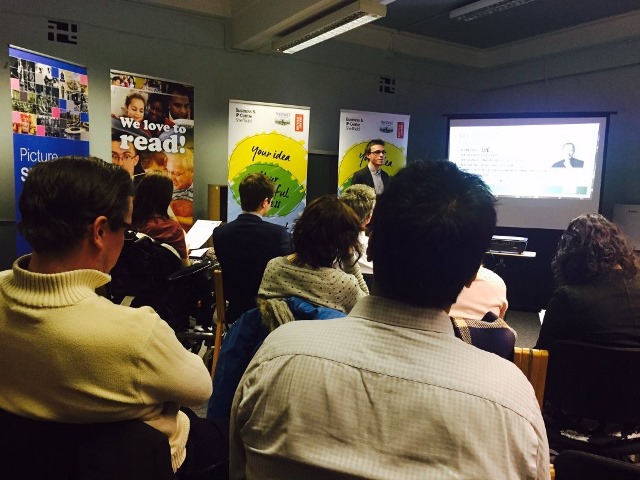