In May we held the sixth launch evening of Everyone a Writer. This year’s theme was 'The Elements' and students in their lessons were inspired by writing spanning the four elements, earth, air, fire and water. Y12 and Y13 Sixth Form students Isobel and Connor presented t 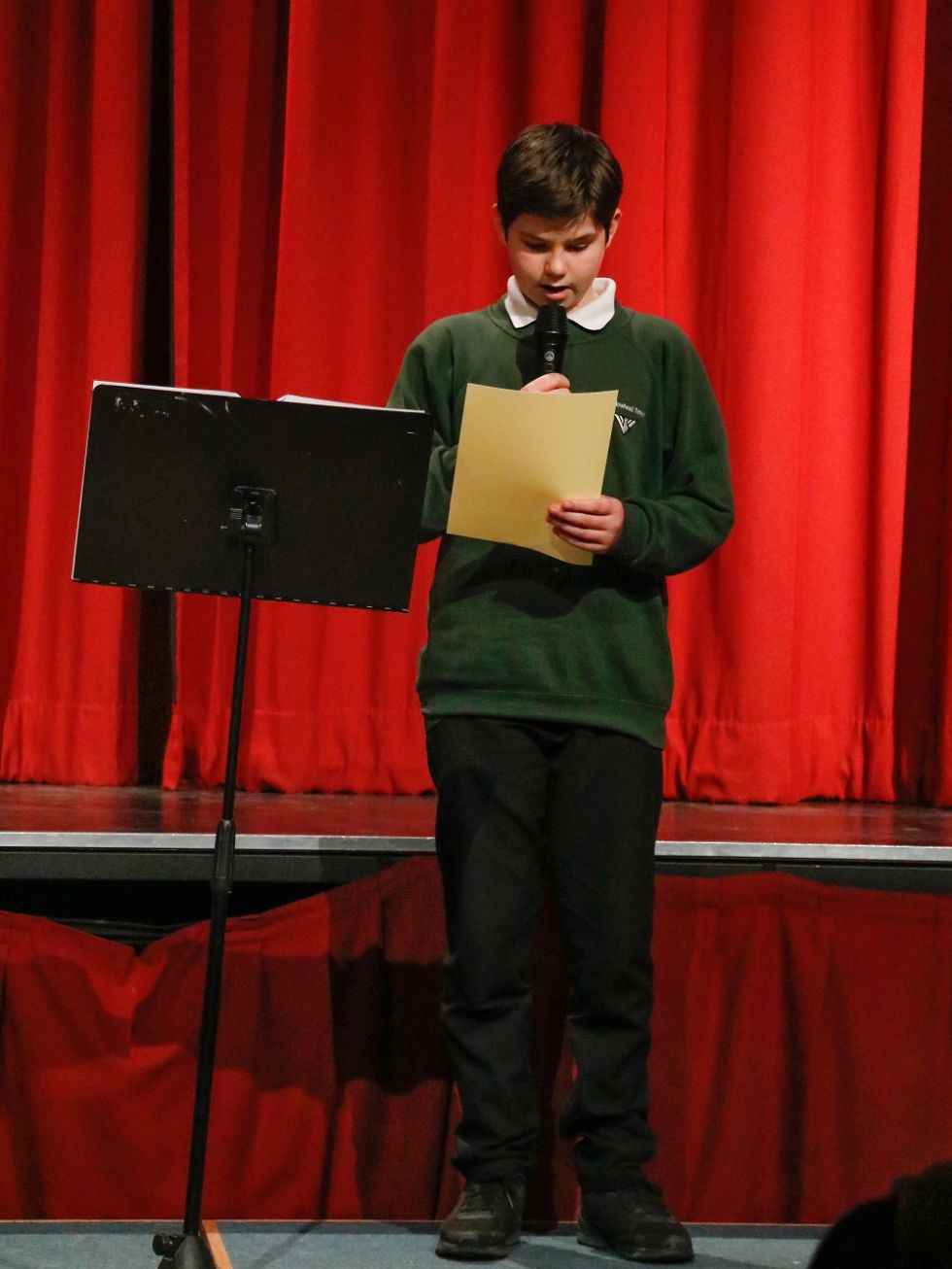 he event with professionalism and enthusiasm. The evening was extremely well attended with 250 students, family members and friends gathering to celebrate the successful writers.

We were privileged to hear readings from eighteen students from across our school and our feeder primaries.

Once again we were overwhelmed by the standard of the writing submitted and it was difficult to select highly commended writers and winners.

We awarded the following prizes:

·         Highly commended in the primary category to Luke Talbot

Thank you once again for your support with this event. It is wonderful to see members of our community joining together to celebrate the fact that everyone can be a writer, and we look forward to 2019! 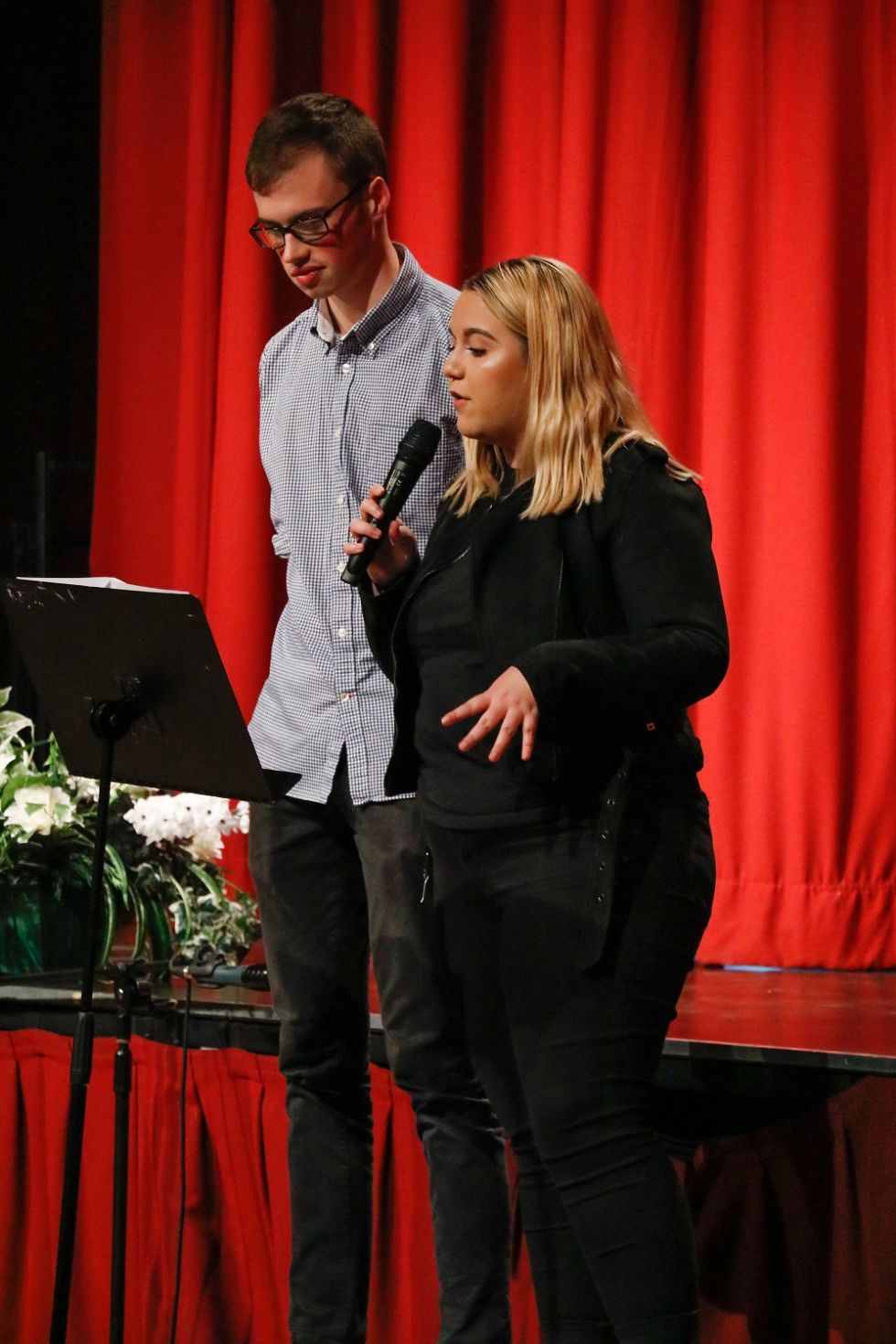 The fire followed her through the depths of the building like a dark figure hiding in the shadows. The glow that it possessed lit the corridor; not just that one but every corridor. The once transparent windows became opaque with the smoke that rose. Running, screaming and panic filled the building. From outside the blaze became a torch illuminating the town that it inhabited. She could see the fear that consumed everyone including her. People’s options were limited. They tried to get away from the flames simulating a hellish pit of torture, but around every corner flames greeted you with a warm hug.

She feared this. The feeling of no escape. Without realising it her steady effortless breathing became an out of control pant; spluttering caused by her body repelling the dark clouds entering her lungs boomed, like the music that passed through her walls daily. Although she knew it was dangerous, stopping was what she had to do. People rushed past her as if they were doing the 100m, unaware that escape had not yet become a plausible option. Her mouth was open and the words formed in her brain but they would not escape: instead staying trapped just like her. Therefore people continued to pass her by; inferior to her as she was more knowledgeable but yet in no better position. No one in the exterior four walls of this building was in a better situation because this was abominable. For everyone.

On the far side of the building, a baby had just witnessed his form of life disappear into an abyss of danger. The woman it had clung too: relied on, had just left. Just like that. Like it was nothing. Danger was not a viable feeling that had been developed in the control system of this developing human and yet isolation and exclusion consumed him. The cries he let escape him were not ones of fear but a calling for love and tenderness. The fire that invaded his home had taken him prisoner; through his blurred vision people passed without acknowledging the existence of this helpless child. Although young, at that moment the wisdom of an elder became of this child; he could see people for who they were. The blaze caused the light inside of people to disappear and the deficient selflessness to emerge like zombies from a grave.

The once tranquil building homing innocent families became a maze of discomfort and false hope. A child’s cry could be heard from anywhere you planted your feet. This one however was lonely. No panic surrounded it like the others did. He just sat there. Did he understand? Was the thought of danger one of the plethora of thoughts spinning in his brain?

Without a second thought the girl who saw no escape ran through the building losing all composure, looking for this child isolated and in danger. Fire obstructed her path; she could not get any hotter so it wasn’t an issue in the quest to rescue this child. The child glared at her with sorrow in its eyes that begged for a saviour. Was she it? However this was another maze to conquer. Guards stood tall in the form of appliances from fridges to sofas. The feeling of heat trying to enter her being, sat at the back of her mind: avoidance was next to impossible but the sight of this child sat as commander in the vehicle of this woman’s body.

The guards were no match for her perseverance and diligence. She was not sporty; her physique challenged her, yet she reached the child before she realised how the circumstances had now changed. Hair stuck to the excretion of fluid that created another layer of protection: the child did too.