A Guide to World of Warcraft

World of Warcraft originally launched in 2004, and since then the game has blossomed into a major entertainment property. It’s spawned spin-off novels, merchandise and even a Hollywood movie adaptation … but why are we still talking about it in 2023?

World of Warcraft’s most recent iteration, Dragonflight, launched last November and marks the game’s ninth major expansion. This latest addition has attracted a whole host of lapsed players back to the game – as well as newcomers jumping into the realm of Azeroth for the first time.

In the guide, you'll find tips on a number of potential risks such as the potential for online addiction, in-game purchases and simulated violence. 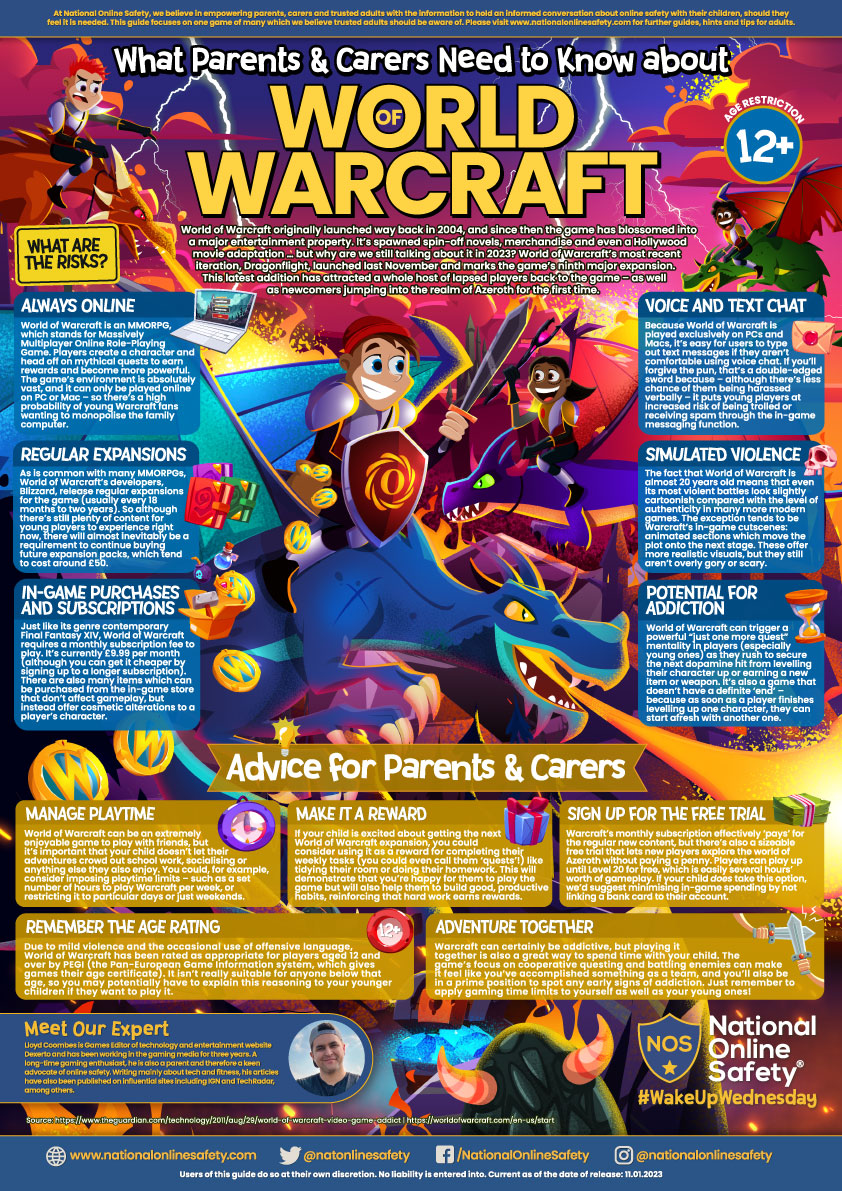