A Guide to Minecraft

What Parents Need to Know about Minecraft

Minecraft is a beloved classic of modern gaming. First released in 2011, this open-ended ‘sandbox’ game of building and exploration still has over 140 million players who happily return to play it at least once every month. Minecraft has also been utilised for much more than just entertainment: it’s sometimes used in schools to teach children coding, and it's also employed as a tool for computer-aided design, which is another valuable skill.

Encouraging creativity and problem solving, Minecraft has plenty to offer gamers of all ages, and it's available on almost all video game platforms.

In the guide, you'll find tips on a number of potential risks such as in-game purchases, addiction and chatting with strangers. 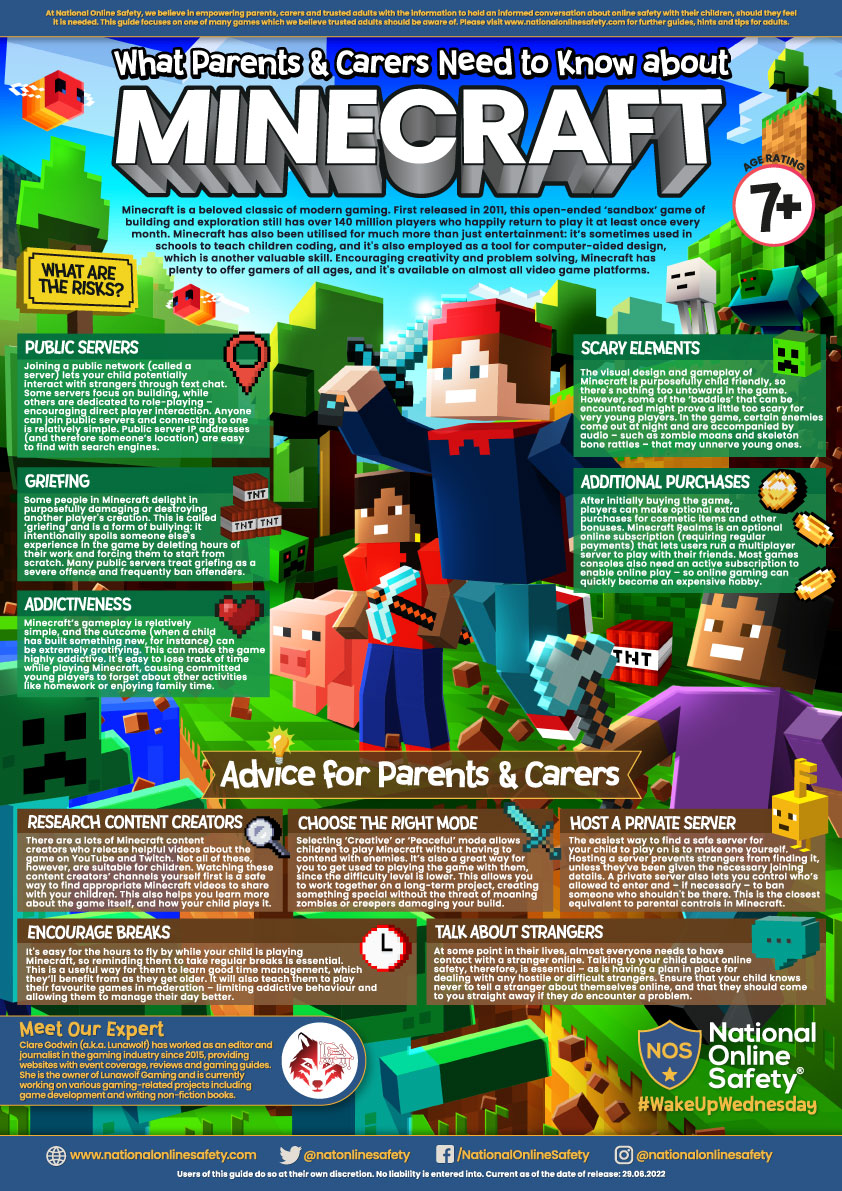