On Thursday 17th May perfect conditions meant a successful launch for our high altitude weather balloon from the school fields, watched by science students....

On Thursday 17th May perfect conditions meant a successful launch for our high altitude weather balloon from the school fields, watched by science students as part of their lesson. The balloon was accompanied by a video camera to film the journey of the balloon and capture images of the Earth, the thin blue line of the atmosphere and the blackness of space.  Also attached was a Phoenix designed by Elizabeth Brady 8L.  Elizabeth was the winner of a competition which we ran last year and was entered into by all Y7 and Y8 students. 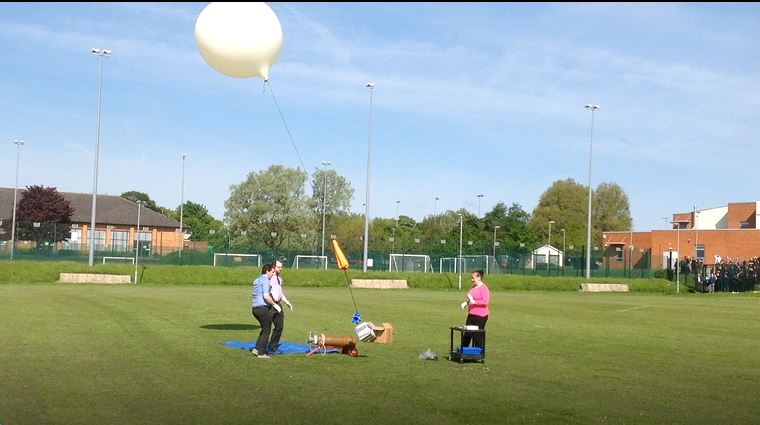 This launch was much anticipated and a particular triumph as we had an unsuccessful launch attempt last May. This project is part of Space Week 2017/18 in which we held a series of events to engage students in STEM subjects and careers. 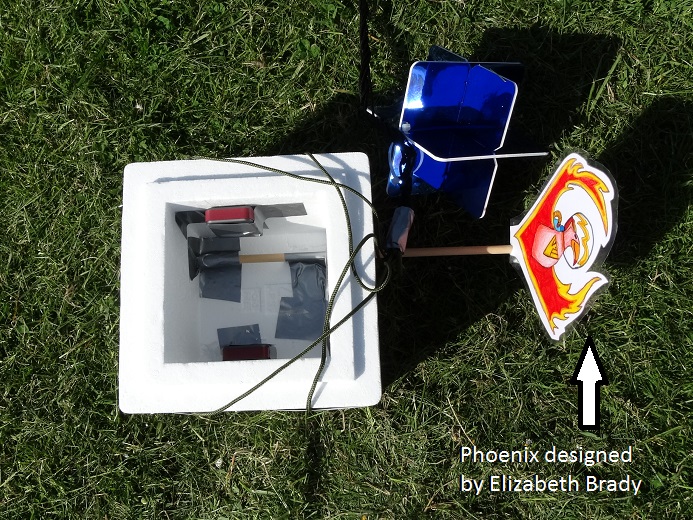 We filled the special weather balloon with helium and launched from the school field - it rose rapidly and despite it's relatively small size, could be seen for some time moving in the direction of Dronfield.  It then drifted through the atmosphere and into near space where the lower pressure will have caused the balloon to expand, eventually bursting it. 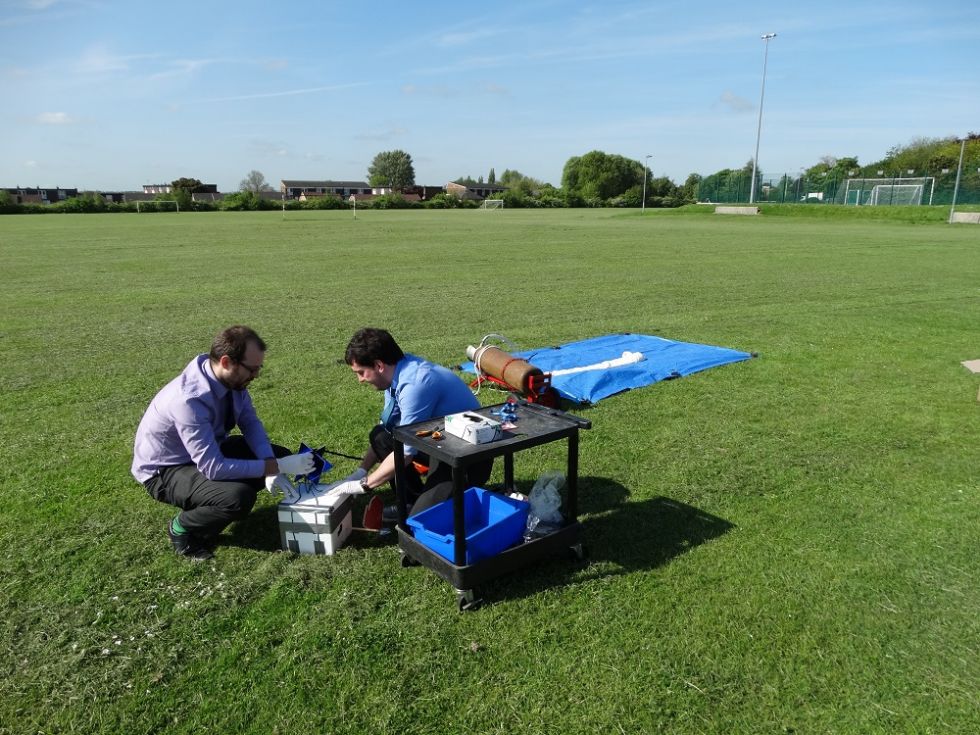 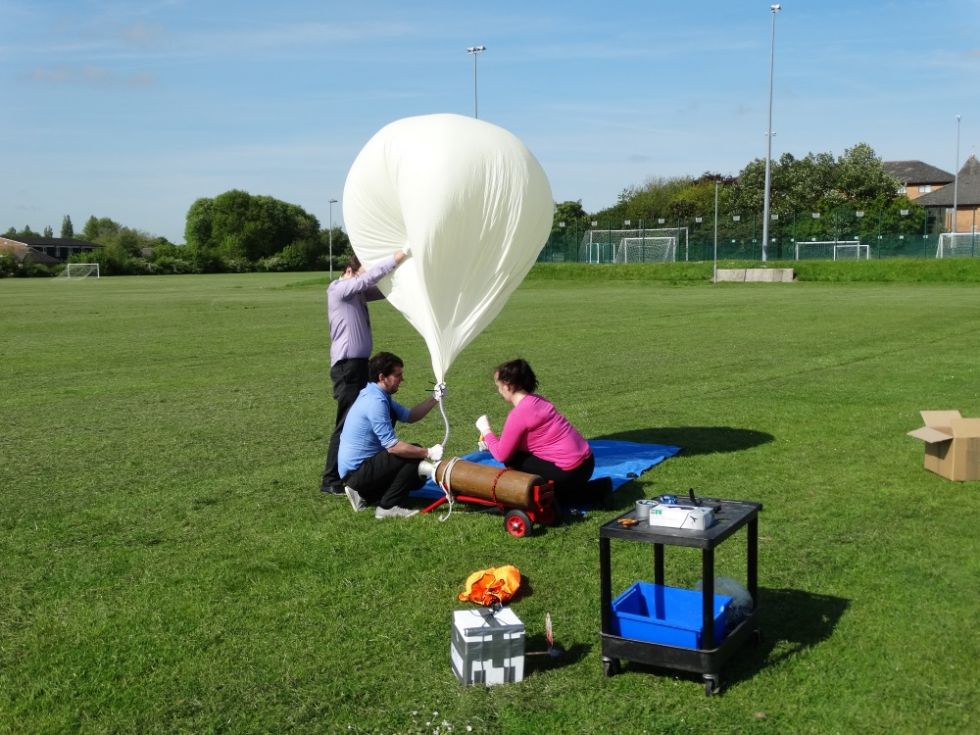 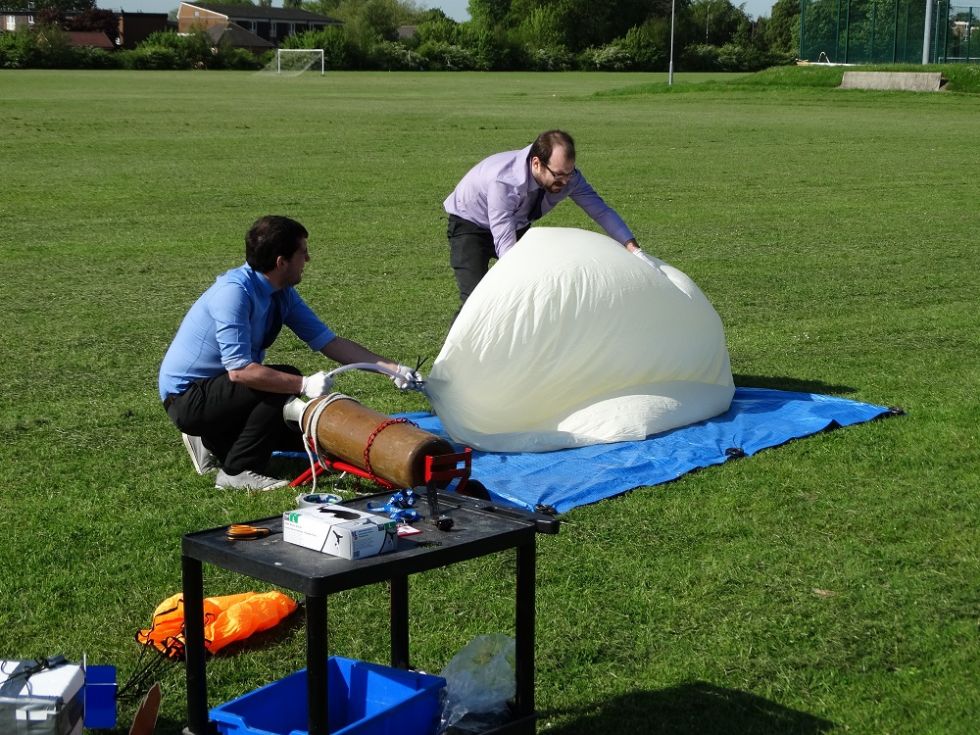 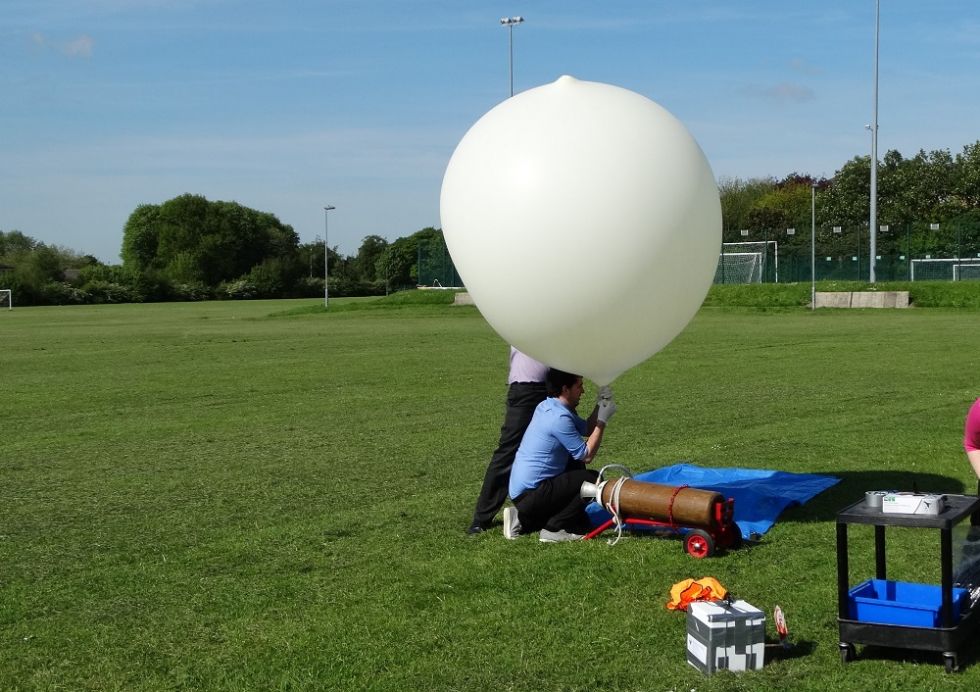 At the time of writing, it is yet to land! When it bursts the attached parachute will safely return its payload back to Earth.

Our mission control team were in charge of planning this event, which involved working out the weight of the payload, calculating the volume of helium needed to launch the balloon and take it into near space, determining when the balloon will burst and at what altitude. They also used an online tool and data to estimate the flight of the balloon and predict its landing site. 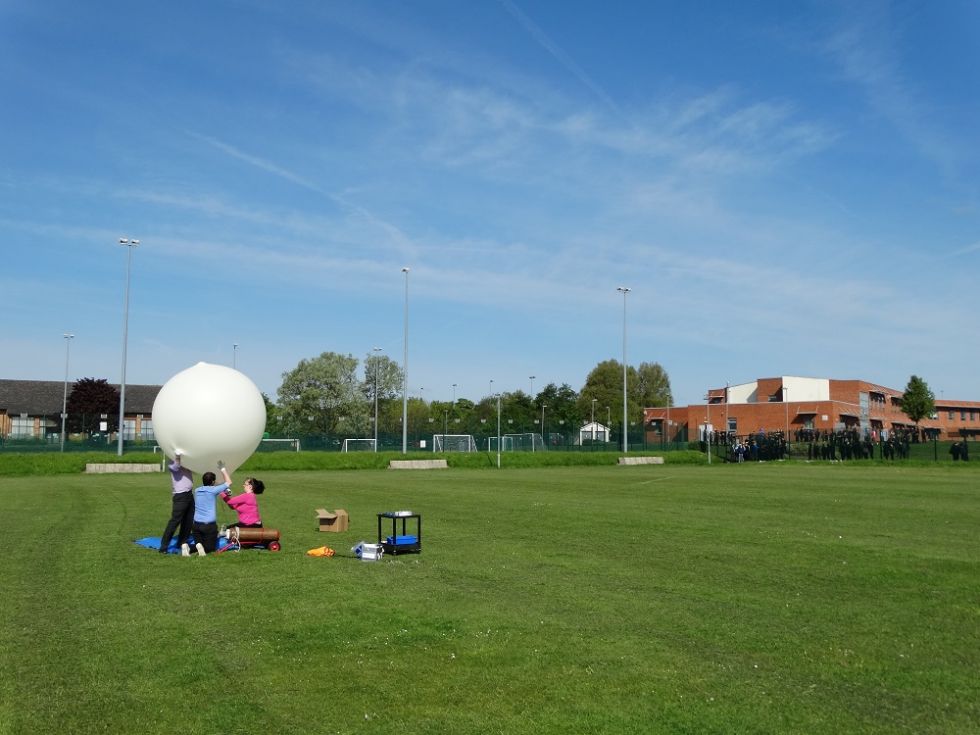 The ballon project was a whole school event exploring various aspects of space exploration, science and engineering, and we are very grateful for the funding received from Rolls Royce.

24th May 2018 - as yet no news of the whereabouts of our balloon!  However this youtube video shows amazing footage of a weather balloon launched near the Grand Canyon - it took two years before it was found, so there is hope for ours still!
https://youtu.be/95NDkABAsSk

and here is a video of our own launch, thanks to Mr Ridley, Science Teacher.