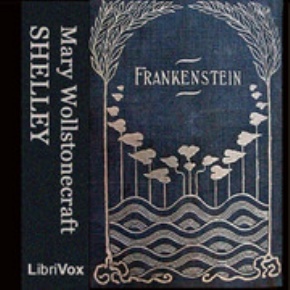 Congratulations to Jacob Wattam in Yll, the joint winner of a short story competition run by the University of Sheffield to celebrate 200 years since the publication of Frankenstein.....

Congratulations to Jacob Wattam in Yll, the joint winner of a short story competition run by the University of Sheffield to celebrate 200 years since the publication of Frankenstein.  Jacob received a £50 Amazon voucher and some fantastic feedback from the judges, including:

"This was a fantastic re imagining of Frankenstein.  I liked the way in which this one pitched the monster as a really scary force, someone who turned upon his friend. The contemporary setting, with a disgruntled restaurant employee, was also great, as this lent the story grit and realism, with an interesting emphasis upon class and power."

“By the dim and yellow light of the moon, as it forced its way through the shutters, I beheld the wretch-the miserable monster whom I had created.”

There it was, no name, just standing there with its long hair dangling over its eyes. The creator of this atrocity was slumped against the dark moss-embedded wall, opposite the monster. You could see the tightly sewn body parts, of other people, all over it like a jigsaw puzzle. It was sickening. The only part of it that didn't have any scars was its face. When it moves its mouth without any sound coming out you can see its buck teeth decaying. The creator, in an evil sinister voice, said "Go, my friend, it’s time for you to get your own meal." It turned around and with a loud, house-crashing stomp it went off, left to its own forces to get a meal under any circumstances.

Behind the restaurant was an employee shouting and screaming and calling his boss every name under the sun. "Oh, go and find yourself a good doctor to remove the pole from your..."

The door slammed. "Well it looks as though I'm unemployed again". He looked at his watch, “4 hours...that's the longest job I've had in a while."

He turned around to see the most terrifying thing he will ever see in his life. There in the shadows was a tall figure stumbling slowly towards him. He shouted, "My name is Corey, do you need any help?" The figure was the monster and now it was standing over him. "What-are-you?" whispered Corey.

The terrifying creature lifted his hand and grabbed Corey by the neck. Corey gasped and tried to loosen its grip, so he could get away. It was no good, he knew it was time for him to die.

Suddenly Corey recognized something about the odious creature. "Kieran, is that you?" The monster didn't say anything. "It is you! You've been gone for 8 months, where have you been? What happened to you? We were all so worried!" strained Corey.

The grip got tighter. Corey’s face was slowly turning as blue as a blueberry. “Please don’t“. It let go and Corey dropped to the floor, gasping for air.

“I’m sorry. I thought you knew your way home. I was annoyed with you but when you didn’t come home I got worried and went back to the place where I left you, but you were gone.  I looked in every corner of the forest, but you were nowhere to be seen. Now I know why. I’m so deeply sorry.” Replied Corey “Can you forgive me?”

Kieran slowly lifted his arms up as though to give Corey a hug. Corey went to hug him with tears streaming down his face. When Corey leaned in, you could hear the squelching sound when their bodies touched. Suddenly Corey’s neck cracked. Corey was dead.